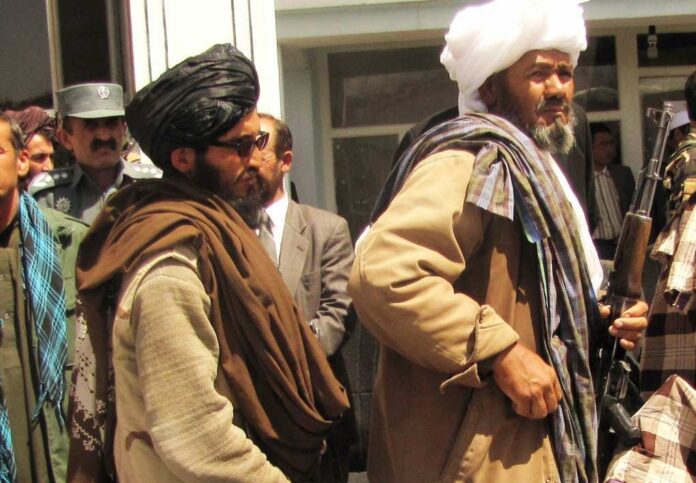 It’s been almost twenty years since we began our long-standing war on terrorism in the Middle East. That’s twenty years of spending some $2 trillion, countless weapons and resources, and far, far too many American lives in the hopes of keeping the radical terrors of the Taliban and others from sweeping across the world.

And now, under Democratic President Joe Biden, it seems our place in that war is finally ending.

One of Biden’s first moves as our new commander-in-chief was to announce the coming home of many of our troops and forces spread throughout the Middle East. And while that means more wives, husbands, brothers, and sisters at home, safe with their families, it also means all that those brave individuals fought to achieve over the last twenty or so years has been for nothing.

As Biden brings more and more of our troops home, it is becoming blatantly apparent that terror is regaining its grip on the Middle East and countries like Afghanistan, where American lives have been sacrificed so much for.

One of the most recent examples of this comes from the Maiden Wardak Province in Afghanistan, just west of Kabul, where it was announced on Twitter that the Taliban just had a significant victory.

As Taliban spokesman Zabiullah Mujahid tweeted, their forces were easily able to overtake Afghan forces, carrying off American-made plunder such as machine guns, rifles, and even a few armored vehicles.

He tweeted, “The enemy fled on seeing the casualties, and a large number of tanks, heavy and light weapons and ammunition fell into the hands of the Mujahideen.”

And according to Ariana News, a local Afghan news outlet, the Taliban was also able to take out a government helicopter.

Suffice it to say that without U.S. forces to assist in such attacks and skirmishes, the Afghans have been left to the mercy of radical Islam and the tyrannical government it wishes to reinstate. And the Taliban and others know it full well.

No doubt, they have seen the massive and recent withdrawal of U.S. forces and are taking advantage of it swiftly.

As Taliban shadow mayor Haji Hekmat recently told BBC News, “We want an Islamic government ruled by the Sharia. We will continue our jihad until (government forces) accept our demands.” Or basically, until they surrender.

Now, one thing is sure: the recent losses to Taliban forces are undoubtedly due to Biden’s withdrawal of U.S. troops – and something that could have been avoided.

However, as it has already been twenty years, the longest America has ever been engaged in one single war. Literally, trillions of dollars have been spent in an effort to teach Afghanistan how to defend itself. It’s likely at this point that they will never learn.

Michigan libertarian Representative Justin Amash and I don’t agree on much. However, his recent assessment of the withdrawal from Afghanistan does bear some truth.

He recently tweeted, “No more airstrikes. No more war. Twenty years of military involvement in Afghanistan – the longest war in U.S. history – provides more than enough evidence that our weapons will not end this conflict, but they will add to the bloodshed and suffering.”

And he has a point.

This war, as with all wars, was not meant to be an everlasting, ongoing thing. At some point, the United States and its forces are supposed to withdraw with the hope that the Afghan government could take over in its stead, protecting and defending itself.

And we’ve waited twenty years for Afghanistan to get to the point of being able to take over for itself. How much longer should we be expected to essentially keep the peace for them? When can they be expected to take ownership of their own nation?

So while Biden’s withdrawal of our troops makes for a sad state of affairs in the Middle East, maybe it’s precisely what needs to happen. Either Afghanistan will learn to rise up on their own, or they won’t. Either way, we have to remember that this is a war, and they don’t always end the way we hoped.