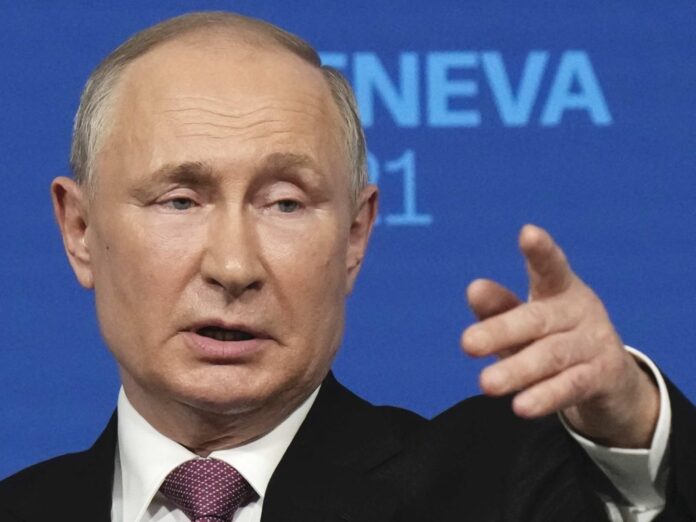 Putin made the comment as he answered reporters’ questions after a summit with President Joe Biden. The two leaders met face-to-face for two hours, and the overall meeting took three hours — less than the five that had originally been set aside. They did not speak side-by-side at the press conference; rather, Putin appeared first, and then Biden appeared later.

When Putin was asked about repressing his opponents, he said: “America quite recently had to deal with terrible events after the murder of — or the killing of — the African American and Black Lives Matter ensued. I don’t want to make any judgment about that, but what we saw, mass violations of the law, and so on and so forth, we sympathized with the Americans, but we do not wish this kind of thing should happen on our territory, and we will do our utmost to prevent it.”

It is the second time that a foreign rival has used the Black Lives Matter movement to deflect criticism on human rights. In March, Chinese diplomats rebuked Secretary of State Tony Blinken in the first U.S.-China bilateral meeting when the American side tried to bring up Chinese human rights abuses and other issues. China referred to Black Lives Matter.

Later Wednesday, when President Biden was asked by reporter Yamiche Alcindor of PBS to respond to Putin’s statement, he said the analogy was “ridiculous.”

He went on to claim, falsely, that rioters at the Capitol Jan. 6 killed a police officer.