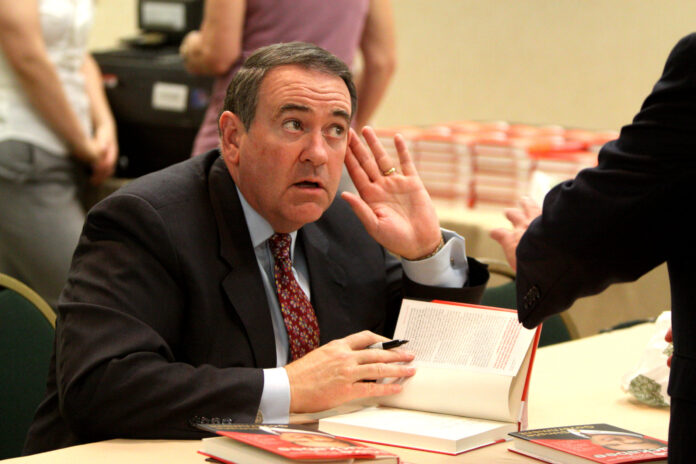 Former Republican Arkansas Gov. Mike Huckabee may have given conservatives the most hope they’ve seen this week with his plan to potentially impeach Vice President Kamala Harris.

Huckabee cited the recent attempt to impeach former President Donald Trump for his connection to the Jan. 6 protests that turned violent, claiming the lives of five, saying that if it was grounds to impeach the president, it would be grounds to impeach the vice president for raising bail money for the Black Lives Matter protesters who engaged in events that have been connected to dozens of killings.

The comments that were found to be so inflammatory were addressed to his supporters who gathered in Washington D.C. on the day the election was to be certified by Congress, objecting to what they believed to be an unfair election. Trump told his supporters,  “We’re going to walk down to the Capitol and we’re going to cheer on our brave senators and congressmen and women. We will never give up, we will never concede.”

It was later that same day that Trump supporters were allowed into the capitol building, according to video footage. While there was violence perpetrated by some of the attendees, it’s believed that there were plants within the group, including one well known Antifa leader who was arrested by Capitol Police as part of a group where he was pretending to be a Trump supporter.

The entire embarrassing episode (embarrassing for Democrats anyway) gave the rattled United States representatives the chance to once again push through an impeachment vote, saying that the president incited insurrection among his followers.

“If we’re going to impeach Donald Trump for what he said, then we’d better impeach Kamala Harris for saying the things she did last summer about the rioters and looters — and even establishing a monetary fund to get them out of jail on bail so they could get back to the riots,” Huckabee continued.

“Everybody should have a turn,” he added.

The former governor was referencing Harris’ boost to the Minnesota Freedom Fund which was a push to raise bail money for protesters, some of whom were charged with a parade of felonies. These protesters were also part of protests that led to numerous deaths.

Huckabee didn’t pull any punches when talking about Trump, however. He said that he disagreed with the former president’s decision to pressure Vice President Mike Pence to invoke an “imagined power” to reject the results of the Electoral College certification.

“I think Mike Pence was right and the president was totally off the mark when it comes to what Pence could do. But that’s not an impeachable offense,” he said.  The Arkansasian went on to say he thought the “the biggest consequence” of impeachment for Trump is how it stains his legacy and clouds “four years of amazing accomplishments as president.”

Sadly for many Americans none of the many efforts put forward by the president’s staunchest supporters was successful and Washington D.C. has been returned to its former captivity, run exclusively by career politicians who better themselves with owed favors chased in for personal gain, all done primarily at the detriment of the American people.

There is still a contingent of conservatives left on the Hill, to be sure. They have, however, been effectively hamstrung by a Democrat majority in the House of Representatives, a 50/50 split in the Senate, and a puppet president in the Oval office. All is as it has been for decades: the politicians in power are untouchable (as has been proved) and outsiders were sent home. Whether Americans can ever truly take back a capital city that has been infiltrated by self-seeking sell-outs remains to be seen. For now, we mourn the loss of the last president in recent history that gave Americans something they wanted to rally around.