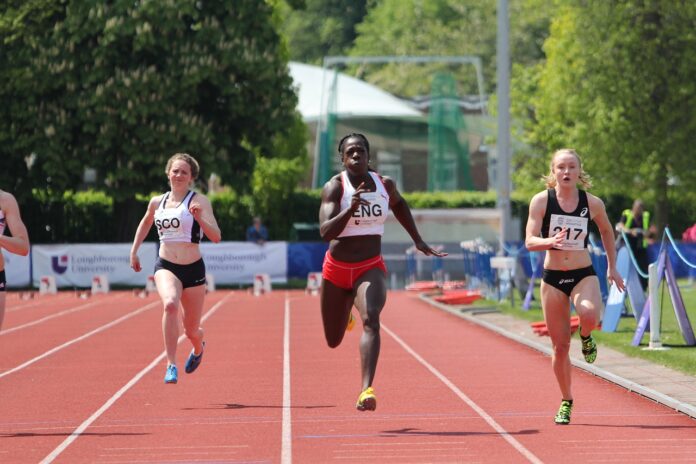 Those who spend time on Twitter may have seen the #BidenErasedWomen hashtag that has been trending lately. Since the mainstream media has been providing Biden with all sorts of positive buzz for his selections of various women to prestigious cabinet positions, we were wondering what all of the fuss was about. He’s a woke ally, after all.

As it turns out, there are some who have issues with the manner in which Biden handles other aspects of his administration. He’s been signing a number of executive orders lately and some of them are not going to have the desired effects. He’s trying to roll back all of the laws that Trump put into place and it’s going to backfire on him soon enough.

Donald Trump’s mandates in the field of education are under attack already. All schools that are receiving federal funding (which is the vast majority of them) are being asked to let boys who identify as girls to play women’s sports. As anyone with half a brain already knows, this is going to erase the college ambitions of any number of female high school athletes.

This is what we get when the leaders of our country bow at the altar of the hyper woke. The Washington Times has more. “President Biden opened a Pandora’s box with his executive order on gender identity and sexual orientation, pushing the hotly contested issue of transgender participation in women’s athletics from the sidelines to the spotlight.

The hashtag #BidenErasedWomen trended Thursday as advocates on both sides of the issue wrestled with the social, political and religious implications of the order signed Wednesday by Mr. Biden “preventing and combating discrimination on the basis of gender identity or sexual orientation.”

“Children should be able to learn without worrying about whether they will be denied access to the restroom, the locker room, or school sports,” the order said.” This paints a pretty clear picture of what is going on right now. Biden is getting over on the mainstream media already and the world of social media is left to fill in the blanks.

This is a story that has not been discussed much by the liberal rags, save for the Post. They decided to carry the water for Biden anyway, sourcing some insane quotes along the way. “There was ‘zero evidence — not a shred — that protecting trans women against discrimination harms cis women,” came the quote from an LGBT advocate. This is false but no one seems to care.

There are lots of studies that prove this point of view wrong. The Journal of Sports Medicine studied numerous male athletes. They found that even those who were given years of hormone therapy before competing about biological females still maintained a distinct physical advantage. The advantage was not small by any stretch, leaving biological women with no real way to compete.

Physiologists’ studies have produced similar results. The Daily Caller reports that their study showed “male athletes who identify as transgender women have an intolerable advantage over their female competitors.” Physical power and muscle mass are simply not going to dip just because of some hormone therapy. Prolonged treatments that are designed to reduce their level of testosterone simply do not work in the manner that people claim.

In the real world, these stories do not end well. Connecticut parents were left furious when two young men who were not having much success in men’s track and field made the switch to women’s sports. They immediately began to win state championships because of course they did. These are the things that no one ever stops to consider when they sign their executive orders.

Everyone would rather play cheerleader to the Biden foolishness, as opposed to calling him out for it. There are no shortage of additional examples to provide but people still want to engage in this bad faith argument. Women may be calling Biden out but he’s come too far to change his mind now.