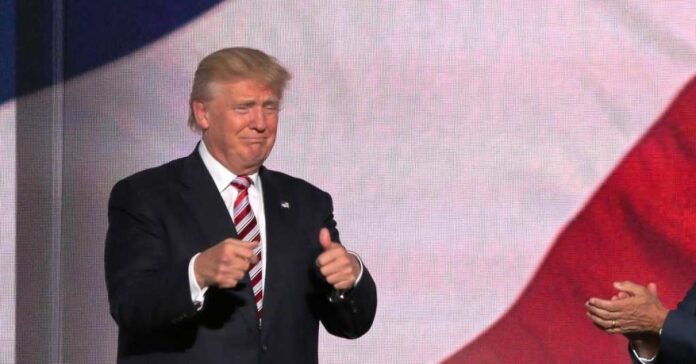 After months of accusations, alienation, and outright bullying, it turns out that the media and pundits on the left were completely wrong about the events surrounding former President Donald Trump’s photo op out in front of a church near the White House at the height of the summer 2020 riots.

You’ll likely remember the irate leftists who couldn’t believe their wide progressive eyes when Trump marched out of the White House with staffers and cabinet members in tow to stand in front of the church that had been vandalized by irate rioters, held up a Bible, and talked about his values, many of which had been violated by rioters.

Accusations flew immediately that protesters had been cleared by force out of Lafayette Park in order to make way for the executive officers, pointing to how “unamerican” it was to push protesters out of the way of the president when he cared to visit a church that was violated by members of the same protest that went wrong.

Trump’s administration members insisted that no wrong was done during the visit, but that didn’t stop the false narrative from picking up steam and further nailing the coffin of liberal’s scraps of positive opinion or respect of Trump.

However, a year later, the investigation has been completed and as it turns out (as it has so very many times) Trump wasn’t lying, and there really wasn’t any wrong done that fateful day after the church was vandalized, trees on the White House lawn were set on fire and Capitol Police had to hold back rioters from breaching the White House.

In fact, despite all that, The U.S. Department of Interior’s Office of the Inspector General found that there was nothing wrong with law enforcement’s actions on June 1 of last year, when police removed protesters from Lafayette Square in Washington, D.C., ahead of then-President Donald Trump’s stroll through the area to St. John’s Church, which was damaged after protesters set it on fire.

According to a report in The Blaze, the removal of rioters was made in order to install fencing to protect the property from ongoing rioters who were demonstrating after the death of George Floyd. The clearing wasn’t done for the president to have a photo op, and according to Inspector General Mark Lee Greenblatt’s report, the Secret Service along with the United States Park POlice made the decision to clear the park ahead of a contractor installing antiscale fencing the Secret Service obtained that morning.

The fencing installation was done to secure the perimeter around the square after “at least 49 USPP officers were injured while policing the protests” in the area just from May 30 to 31.

“We found that the USPP had the authority and discretion to clear Lafayette Park and the surrounding areas on June 1,” the report states, adding, “The evidence we obtained did not support a finding that the USPP cleared the park to allow the President to survey the damage and walk to St. John’s Church.”

On June 1, 2020, Biden tweeted of Trump, “He’s using the American military against the American people. He tear-gassed peaceful protesters and fired rubber bullets. For a photo. For our children, for the very soul of our country, we must defeat him. But I mean it when I say this: we can only do it together.”

Trump issued a statement in response to the IG’s report saying, “Thank you to the Department of the Interior Inspector General for Completely and Totally exonerating me in the clearing of Lafayette Park!”

He added, “As we have said all along, and it was backed up in today’s highly detailed and professionally written report, our fine Park Police made the decision to clear the park to allow a contractor to safely install antiscale fencing to protect from Antifa rioters, radical BLM protestors, and other violent demonstrators.”