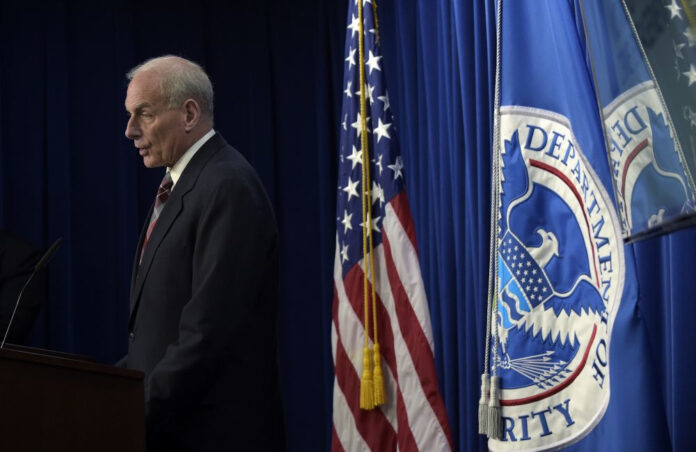 Yet again, the Biden administration has dismantled something created by the Trump administration. This time, it’s a government office that was designated to help victims of crimes committed by immigrants.

Why would we want an office like this? The Biden administration is inviting immigrants by the thousands to enter the country illegally. They certainly don’t want an office that would keep track of the crimes they commit, let alone help the victims.

President Biden has proven that he’s prepared to reject everything that former President Trump did to protect the country from uncontrolled immigration. However, Biden sees it as a way that Trump tried to link immigration to crime.

It’s not as if Trump had to try to make the link. The reality is that many of the immigrants entering the southern border are committing crimes. While the Biden administration may be willing to ignore it, the truth is already out there. Any border patrol agent will identify that there’s crime. Any U.S. city along the southern border can show that crime stats have been on the rise.

The office was created in January 2017, within weeks of Trump taking office. The office went by the acronym VOICE or Victim of Immigration Crime Engagement Office.

The U.S. Immigration and Customs Enforcement (ICE) Agency has decided that they want to be more inclusive. Here we go with inclusivity again, which means that victims will have to suffer in silence.

VOICE is being replaced with The Victims Engagement and Services Line. It will combine some of the existing services for people to report abuse and mistreatment in immigration detention centers along with a notification system for lawyers who may be interested in representing immigration cases.

Trump was focused on helping Americans who were being abused or mistreated by immigrants.

Biden, who has proven that he’s not one to put Americans first, has transformed VOICE so that it will help the immigrants. Sure, Americans can call if they have been a victim of a crime committed by an immigrant. However, it is more focused on the migrants who are being mistreated in the detention centers. And, the new system will help those migrants to get legal representation.

Another new service added to the new office is truly liberal trash. The service will focus on potentially issuing visas designated for those who have been victims of human trafficking or other violent crimes in the U.S.

The liberal administration doesn’t even understand what they’re doing. They’re allowing human traffickers into the country. Then, they’re allowing those immigrants who have been victims of the traffickers to get to the front of the line for visas.

Wouldn’t it be better if we stopped letting human traffickers into the country? Oh, but the bleeding hearts want to help everyone. Maybe if we give them free healthcare and free stimulus checks, they will stop committing such heinous crimes.

Alejandro Mayorkas, the Secretary of Homeland Security, is leading the administration down a very liberal and very expensive path. He has said that “providing assistance to society’s most vulnerable is a core value.”

Absolutely. However, society is to mean citizens of the United States. We cannot afford to provide assistance to everyone, particularly if they’re hell-bent on entering the country illegally (and committing crimes upon entry).

Yet, Mayorkas feels that everyone, regardless of immigration status, should be able to access the victim services.

Stephen Miller, a key architect in building immigration policies during the Trump administration has his own thoughts on closing VOICE. He believes that it is a “moral stain on the conscience of our nation.”

Essentially, closing VOICE and opening the new office is only going to make it easier for criminals to get visas and the amnesty needed for the crimes that they commit.