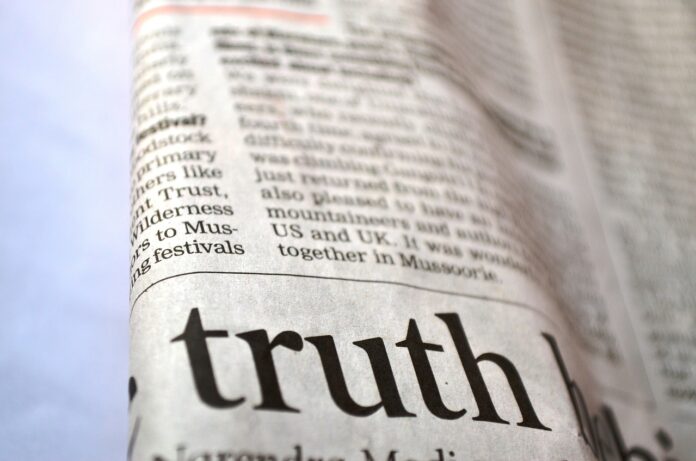 It’s terrifying to see that the media can’t even do the one job that they’re supposed to do: report the truth.

After a mass shooting occurred in downtown Austin, 14 people were left wounded – two of which are in critical condition.

The police have identified that there were two suspects involved in the shooting, with a clear description of one. It would make sense to ensure that description is published so that the general public can help with apprehending the suspect and getting them into public.

While sensible, that’s not how the Austin American-Statesman decided to do. They’d rather protect the suspected shooter because the race of the suspect is quite unfortunate. The suspect is black, so the newspaper would rather not focus on racial stereotypes.

There was an editor’s note at the bottom of the story. It read that “Police have only released a vague description of the suspected shooter as of Saturday morning.” They went on to explain that they didn’t want to include the description because they felt that it was “too vague” to be helpful.

To be sure that the general public was clear, they also tweeted that it’s part of their public safety reporting policy not to include any vague descriptions so that innocent people aren’t at risk of being accused of crimes they didn’t commit.

There’s a problem, though. The description released by the police is hardly vague. In fact, it’s hard not to get a better description.

The police identified the suspect as a black male with dreadlocks, a skinny build, and wearing a black shirt. That’s actually quite a bit of information. Meanwhile, investigators are also collecting more information – including reviewing surveillance video.

It’s unlikely that the Austin American-Statesman will be printing a retraction or providing an update on the description. They’re taking a liberal stance about news reporting because they’d hate to see the wrong person apprehended.

Criminal justice? Only if it suits the liberal media. They don’t want to be accused of being racist. And, they’ve decided for the people of Austin that racial stereotypes are a thing – and they won’t have any part of it.

They’re clearly not interested in helping the police. This is par for the course for a liberal city, even if it is located in a red state.

Perpetuating stereotypes is always a concern. However, the people of Austin deserve to know the details of the suspect. It can at least help the police to develop a lineup. The police should be the ones to determine who is and isn’t a suspect. Yet, the liberal newspaper has decided that they’ll censor key information out of the story.

This is what the liberals are continuously guilty of. They’ll protect the guilty out of some kind of moral obligation. Yet, they’ll let the innocents get hurt.

Why is it that the liberals seem so insistent on protecting the guilty instead of protecting the innocents? Austin isn’t the only left-leaning city that has done such a thing – they’re only the latest to have done it.

Hopefully, the police can apprehend the correct suspect so that justice can be served. However, if they were hoping for the help of the Austin community, they better start working with a different paper. It’s clear where the Austin American-Statesman stands on helping the police.