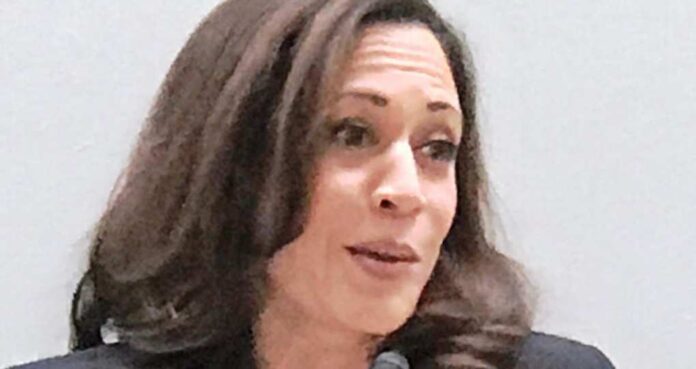 Recent figures from Customs and Border Protection show that Vice President Kamala Harris has allowed the United States to break decades-old records for the third month in a row on how many illegal immigrants have attempted to exploit the United States by entering illegally.

CBP announced that in may they apprehended more than 180,000 would-be illegal immigrants, which was more than the organization has in the last twenty years.

This is significant because of the widespread belief that the Biden administration is the reason for the increase in border crossings. According to experts, news of the administration’s lackadaisical approach to dealing with illegal border crossings, as well as the increase in entitlements offered to those in the United States is causing more and more to come in search of a highly-modified American dream.

According to the report cited by IJR, while the number of unaccompanied minors was down from a high of almost 19,000 in March of this year, the 14,000 that were apprehended is still a serious increase over what was going on under the previous administration. By way of comparison, in January when President Joe Biden’s policy was just a few days old, the border patrol agencies only apprehended 5,850 for the first month of the year, and that was the third-highest month on record, according to numbers.

The nature of illegal border crosses is something that many Americans have a hard time comprehending. The incredible numbers that are stated above are just those caught, the bulk of whom were not at designated border crossings, and it makes no account for all those who crossed at unsecured areas of the border and went on their way through American property without any way of the United States tracking or deporting them.

And those who don’t make it when they try to cross aren’t likely to just give up and head back home. 38-percent of those detained by border enforcement had tried to enter previously within the last 12 months.

“The large number of expulsions during the pandemic has contributed to a larger-than-usual number of noncitizens making multiple border crossing attempts, and means total encounters somewhat overstate the number of unique individuals arriving at the border,” the CBP said in a statement.

As if that’s not alarming enough, the rate at which border crossings are increasing is enough to make Americans’ blood run cold. For instance, in February of 2021 CBP apprehended over 72,000 individuals trying to cross the border. In March of 2021, they caught more than 173,000. Now, you don’t have to be a math genius to know that is a horrible trajectory for a country that sees more than 70 percent of its long-term immigrants on some kind of government assistance.

We would be remiss, however, if we only considered the economic impact of illegal border crossings. That’s not even taking into account the possibility of criminals sneaking into the United States, which happens regularly, we should also consider lack of security of the other countries we’re connected to, who could be allowing terrorists into our nation.

These increases in national security and prosperity threats can be laid at the feet of the Biden administration and Harris specifically, thanks to their decisions to roll back the security measures put into place by the Trump administration.