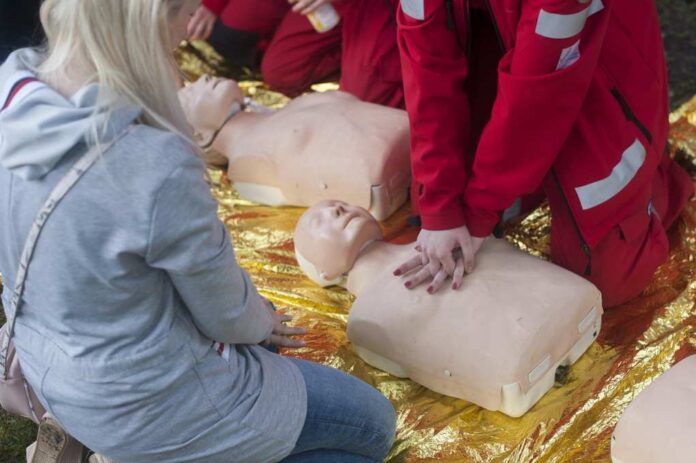 We have to be careful about race and racism. This is not something new. We’re supposed to be focused on unity and loving one another regardless of skin color.

Although many hate groups want to focus on the idea that racism only works in one direction, the reality is that people of color can just as easily be racist toward white people.

A New York City psychiatrist was giving a virtual speech at Yale Medical’s Child Study Center. Dr. Aruna Khilanani thought it would be okay to spew racial hate. As she spoke, she mentioned how she fantasized about “unloading a revolver into the head of any white person that got in my way.”

This is terrifying. Dr. Khilanani is a psychiatrist in NYC. She is supposed to be helping people with their mental issues – and it seems as though she’s got a few of her own.

What she’s saying is not okay. She’s talking about killing “any white person.” Forget about what they may have said or done. She is fantasizing about killing people based solely on the color of their skin.

Perhaps what should really terrify us to our core is that she would have no remorse about it. In fact, she goes on to say that she’d have a “bounce in my step” as she walked away from the shooting.

Apparently, all white people have been “out of their minds and have been for a long time.”

It seems that she’s stereotyping quite a bit.

If there’s one thing that we’ve learned over the decades is that stereotyping is bad. Even Black Lives Matter has told us that we’re not supposed to stereotype. Just because one black man is a criminal doesn’t mean that they all are.

So, why do the same rules not apply to white people?

When Dr. Khilanani began her talk, she told her virtual audience that she was going to say things that would provoke many responses. She asked that people observe those responses within themselves.

The way that Dr. Khilanani makes it seem as though we’re supposed to be more divisive in our lives instead of less. So many groups are advocating for unity and tolerance. We’re supposed to include everyone within our social circles.

Yet, it seems that this psychiatrist is looking to do just the opposite. She explains how she’s “systematically” cut off being friends with her white friends over five years ago. Apparently, they were never really friends, then. And to say that she’s no longer friends with white people is to say that she’s chosen to be racist. Of course, she won’t come out and say that. Obviously, black people aren’t racist. That’s a term reserved for white people in Biden’s America.

White people are the root of all the problems. We have to be cleansed of our whiteness. Oh, and if we upset a black person, we can be sure that they’ll be fantasizing about shooting us simply because our whiteness bothered them. As Dr. Khilanani has said, white people “make my blood boil.”

The NYC psychiatrist said that her footage would be released to the public. However, Yale chose to release it internally only, and accessible only with a school ID.

Gee, wonder why. They probably hadn’t anticipated having a person talk about her fantasies of genocide.

Dr. Khilanani has been advocating for the video to be made available to the public.

As some have tweeted, it’s worrisome and counterproductive. Nicholas A. Christakis, the Sterling Professor of Social and Natural Science at Yale takes it a step further by saying that she’s free to speak on campus “but her views must be soundly rejected.

Hear, hear! We absolutely must reject Dr. Khilanani’s views as they are most certainly counter-productive. We can’t accept anyone who says that they fantasize about killing white people simply because she feels as they’ve done her a grave injustice just for being alive.