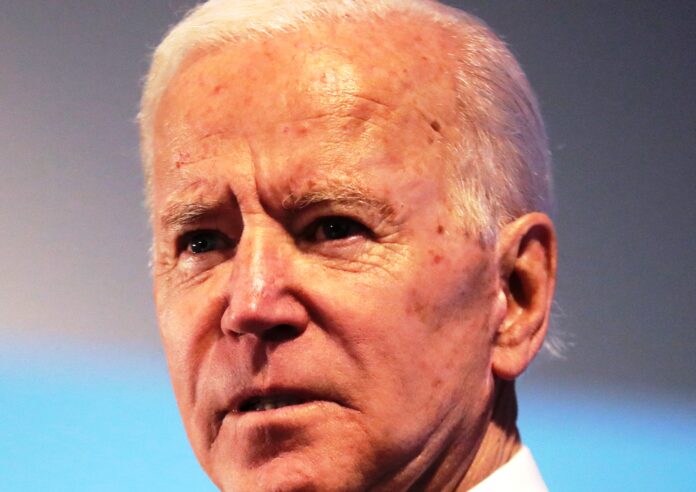 China has finally given the Biden administration a chance to get all settled in and unpacked. They have deep cleaned the White House and they are ready to rock and roll. The Chinese are not going to be sending any housewarming gifts, though. A clear message is being sent to the new administration.

The United States has decided to send its own message to the Chinese. The USS Theodore Roosevelt made its way through the South China Sea, making it clear that the “freedom of navigation” tours would continue in the region. A statement was also issued by the United States State Department.

“Washington slammed Beijing over the move, criticizing “ongoing PRC attempts to intimidate its neighbors,” using an acronym for the People’s Republic of China.

“We urge Beijing to cease its military, diplomatic, and economic pressure against Taiwan and instead engage in meaningful dialogue with Taiwan’s democratically elected representatives,” State Department spokesman Ned Price said in a statement.

“We will continue to assist Taiwan in maintaining a sufficient self-defense capability.”…

The State Department also said the U.S. “will continue to support a peaceful resolution of cross-strait issues, consistent with the wishes and best interests of the people of Taiwan,” adding that Washington’s commitment to Taipei is “rock solid” and contributes to the maintenance of peace and stability in Asia,” the Japan Times reports.

Xi Jinping has now been compelled to offer a statement. Taiwan was not mentioned by name but the United States was warned about starting a cold war. If China wants to take over the world’s technological markets, the US is being told that they need to stand down. Sleepy Joe is certainly not going to go against his Chinese masters and Jinping knows it.

“Forming small groups or launching new cold wars on the world stage; excluding, threatening and intimidating others; resorting to decoupling, supply disruption or sanctions … would only push the world towards division, if not confrontation,” said Xi, according to Politico reports.

Politico has more. “The European Commission subsequently proposed a “Transatlantic Trade and Technology Council” to set joint standards on new technologies, in a bid to prevent China from establishing economic dominance across a number of high-value sectors by developing its own widely used technological and industrial standards,” they continued.

When Chinese plans for dominance are messed with, they do not like it. America is no different in this regard. Various countries are pushing back, though. China’s Huawei company is responsible for the manufacture of 5G equipment and phones. Nations have distanced themselves from this technology because they are worried about Chinese Communist Party spies.

This may seem far-fetched but these types of spy operations are China’s M.O. If they can get away with them, they are going to. In fact, there are already rumblings about a Huawei system that is designed to track minority groups like the Uyghurs. AI is being used to identify Uyghurs so that they can be reported back to the Han majority.

Biden should not be looking the other way on this but that’s all he knows how to do. If the Chinese tell him to jump, he says “how high?” and starts jumping before they have a chance to change their minds. It’s an unfortunate turn of events after having a president that was actually willing to be tough on the Chinese. The leader of the free world should be ready to stand up to them at all times.