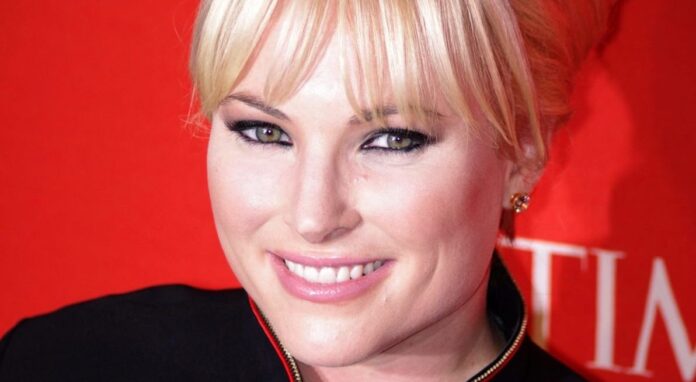 Meghan McCain, co-host of The View and daughter of late Arizona Sen. John McCain, had harsh words for Katie Couric and others who think that Republicans should be “deprogrammed” now that former President Donald Trump is out of office.

McCain said during her comments that she had hoped Democrats were serious about their talks of “unity” and wanting to make the nation less divisive, but said if liberals continue to dehumanize Trump’s supporters, they will likely deeply regret their choices.

“If you don’t care about unity you should care about the politics of this, because right now there is a vacuum to pick up the four people — four in ten Republicans who feel very disenfranchised, and if President Biden and Democrats want to have a big tent party and include some of these people, great, and if we’re all just deplorable and need to be reprogrammed as Katie Couric said, then honestly they can go to hell, because I don’t need to be deprogrammed,” McCain said.

The View’s @MeghanMcCain just slammed @KatieCouric for her comments on Trump supporters needing to be ‘deprogrammed’ — “Honestly, they can go to hell because I don’t need to be deprogrammed!” pic.twitter.com/5TqezOy9cl

The late senator’s daughter was somewhat reminiscent of Washington Post columnist Eugene Robinson who said in the aftermath of the Jan. 6 Washington D.C. protest that “there are millions of Americans, almost all White, almost all Republicans, who somehow need to be deprogrammed,” calling them members of a “Trumpist cult,” as Fox News reported.

Forbes also had something to say about the evils of Trump supporters in an op-ed last week where they wanted companies not to hire anyone who worked in communications for the Trump White House.

“Let it be known to the business world: Hire any of Trump’s fellow fabulists above, and Forbes will assume that everything your company or firm talks about is a lie,” Randall Lane wrote.

In addition to the regular talking heads who have taken exception to the political supporters of the former president, Twitter, and several other social media platforms have either severely constrained or completely banished the former leader of the free world, and Google, Apple, and Amazon de-platformed the right-leaning social media app Parler.

On CNN’s “Reliable Sources” on Sunday, former Facebook chief security officer Alex Stamos turned on his former bosses, saying that it was, at a minimum, unwise for big tech to act in that way:

“It is up to the Facebooks and YouTubes, in particular, to think about whether or not they want to be effectively cable networks for disinformation,” he said, questioning whether cable providers should provide conservative outlets.

“I’m not sure we need Verizon, AT&T, Comcast, and such to be bringing them into tens of millions of homes. This is allowing people to seek out information if they really want to, but not pushing it into their faces I think is really where we’re going to have to go here.”

Fox News contributor Dan Bongino also weighed in, saying that it’s not up to networks like CNN to decide who should have a voice:

“They want to silence everyone,” Bongino said, questioning how far Big Tech and the left will go in targeting opposing viewpoints.

“What happens when you send out an email questioning, say, climate change and all of a sudden Gmail says, nah, we’re not deliver your email anymore. What, are you going to tell me that it is a conspiracy theory? I thought wiping Parler off the face of the Earth was a conspiracy too until I lived it.”