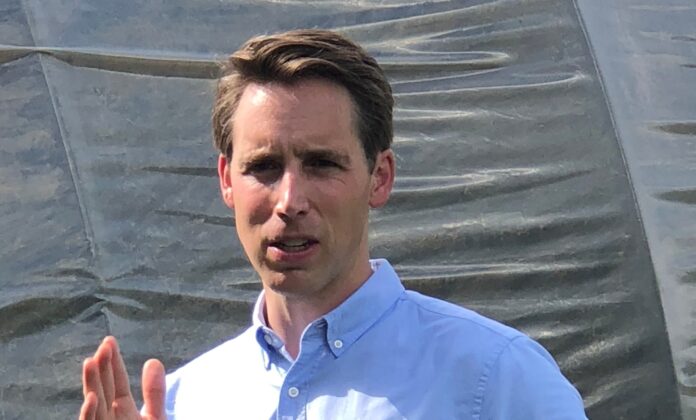 The unjust attacks on Senators Josh Hawley and Ted Cruz have led to Hawley filing ethics complaints against seven liberals that came at the two patriots with demon-like convictions. The seething Democrats stated that they wanted an “unprecedentedly frivolous and improper” ethics investigation. They wanted to direct criminal charges against two men that were doing their job and representing the people who want to keep elections fair.

The Democrats are known for their hateful and spiteful attacks on people that stand up for law and order. They accused Donald Trump of all sorts of hideous things while they were engaging in manipulative legislation of trying to pass socialist reform on the cusp of the coronavirus stimulus packages.

The seven lying Democrats maintained that both Republican Senators used their objection to the election results to incite people to storm the capital building. They accused Cruz and Hawley of being instigators just like they are doing to Donald Trump.

Hawley did not take the liberal abuse lying down. He forged ahead with his own attack and stated that “They submitted their meritless complaint in potential coordination with a campaign by partisan and dark-money groups that have peddled falsehoods about me and my objection. By knowingly submitting a frivolous complaint to accomplish impermissible partisan purposes, these Senators have engaged in improper conduct that may reflect upon the Senate.”

Hawley’s complaint is based on truth. There was no legal connection between the charges against him and the complaint filed. He simply did a job that no one else wanted to do and got people mad at him. These two patriots stood up for the majority of the people and got hatred thrown their way.

The move by the seven demon-controlled Democrats is nothing more than a political act. They wanted these powerful Republican’s out of the way so they can get away with highly unethical behavior.

Hawley went on to point out that “There is a strong legal basis to believe that Pennsylvania’s electoral votes were not regularly given. Indeed, it appears that Pennsylvania conducted the 2020 general election using a mail voting scheme that violated the Commonwealth’s Constitution. That’s not just my opinion: while no judge has concluded that the mail-voting system was valid, multiple members of the Pennsylvania Supreme Court expressed substantial doubt about the validity of the statute.”

The amount of evidence that had surfaced during the weeks after the investigation was enough to cause Hawley to object. The only difference this time around is that it was the Republicans objecting instead of the Democrats.

Democrats have cried over their past losses multiple times. And every time, their concerns were listened to by the conservative side.

Hawley was clear on this point when he stated that “My Democrat colleagues may disagree with my reading of Pennsylvania law—and, apparently, the intuitions of some of Pennsylvania’s most esteemed jurists—but it is clear that my objection rested on far more solid ground than the electoral college objections submitted by Democrat Members of Congress after 2000, 2004, and 2016 elections.”

The fact is that the Democrats did not want to listen to the truth and the legal experts that were finding that Trump was right. The liberals just could not stomach any more losses to the Republican giant.

Hawley pointed out their duplicity by stating that “Yet Democrats did not hasten to censure or expel their objecting colleagues; instead, they offered paeans to them. The only difference is that I am a Republican. This manifestly partisan exercise demeans this Committee and the critical purposes that it serves.”

The Democrats have no issue going after people that stand up for law and order. Hawley, on the other hand, stands up for what is right. His job is to make sure that the people of the country are represented correctly by their politicians.

There were a lot of strange happenings coming from the Democrats on the night of the election. Enough to cause over half the country to wake up and immediately state that someone is cheating. The Democrats went into hiding and refused to even talk about the issues. If they were so innocent, then their first move should have let a full investigation occur.