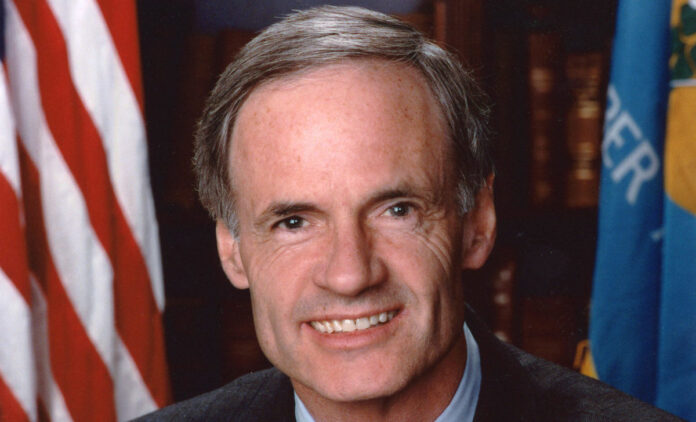 This is one of our favorite traditions of all. It’s time for the Democrats to break out one of their time-honored ideas that is never actually going to work. You know this one well, we are sure. It is an oldie but it is a goodie!

Every few years, the Democrats decide to pander to their local audience by recommending statehood for Washington, D.C.

Of course, everyone knows that these plans get nowhere because Congress does not have the power to push that through on their own. Does it stop them from bringing it up repeatedly? No. They would rather waste everyone’s time with ideas that do not actually go anywhere.

For some, this is a great chance to get back to the grand old traditions.

For years, I have fought alongside @EleanorNorton and @MayorBowser to make #DCStatehood a reality and to give the over 700,000 D.C. residents a voice, vote, and full representation in Congress.

Today, I’m proud to introduce #S51 to make D.C. the 51st state in our Union. pic.twitter.com/PFBHULC6lj

“For years, I have fought alongside @EleanorNorton and @MayorBowser to make #DCStatehood a reality and to give the over 700,000 D.C. residents a voice, vote, and full representation in Congress. Today, I’m proud to introduce #S51 to make D.C. the 51st state in our Union,” tweeted Senator Tom Carper.

They are definitely preparing for the long haul but we cannot see anything actually happening here. The logistics are not there. The mainstream media is usually ready to play along, though. This conversation always seems to recirculate between the ceremonial opening of Congress and the State of the Union speech. It’s not like they have much else to talk about at the moment.

However, NBC News does not seem ready to go along with this one, much to our surprise.

“While the bill could pass again in the House, which remains in Democratic control, its chances of clearing the Senate are nil. Democrats control the Senate because, with a 50-50 split, Vice President Kamala Harris can cast tie-breaking votes. But Democrats would need to overcome a filibuster, requiring 60 votes, for the legislation to pass, meaning they would need at least 10 Republicans to join them. Many GOP lawmakers have expressed opposition to statehood for D.C. because its congressional representation would almost certainly be Democratic,” they reported.

Unfortunately, this is less than accurate. For those who are unfamiliar, Congress has the ability to authorize the admittance of Puerto Rico as a state under Article IV Section 3. So how does that affect this conversation? The District of Columbia has already been defined as being a non-state.

A closer look at the 23rd Amendment’s Section 1 brings this issue into a much clearer focus.

In order to reverse this and allow D.C. to become a state, the Constitution would need another amendment. If this sounds like an awful lot of work that no one is going to want to do, that’s because it is. Holmes Norton and Carper have their own little plan for getting around this.

“Those opposed to making D.C. a state have argued that statehood for D.C. can’t happen without a constitutional amendment. They say the founders intended the entire District to serve as the seat of the federal government, not as a state. But legislation put forth by nonvoting Del. Eleanor Holmes Norton (D) every year since 1991 would not eliminate the ‘seat of government’ that the Constitution calls for. Instead, H.R. 51 would shrink the national capital to a small complex of federal buildings, while allowing the rest of the District to become a state. Proponents of statehood argue that this plan preserves the federal enclave — whose only requirement is that it can’t exceed 10 square miles — and escapes the need for a constitutional amendment,” the Washington Post reports.

This is an insane plan and its chances of making its way through the court system are slim to none.

Every state would emulate this plan and get themselves more senators if they successfully pushed this through. D.C. does not need to become a state anyway. They already have their own city council and that seems to suit them just fine. All Carper cares about is the fundraising effort that is about to take place and that’s that.