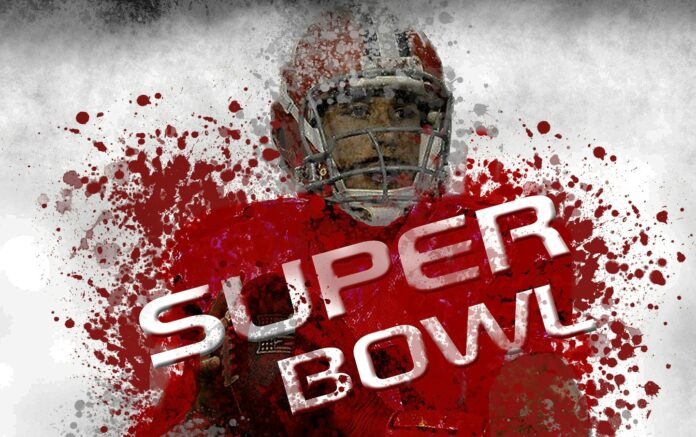 Democrats are constantly trying to destroy all that is American. They want to kneel during the anthem, they don’t want to stand for the pledge of allegiance, and they want to bulldoze any historic memorial.

Tampa is a predominantly red splotch on the map of Florida. They’re the home of MacDill Air Force Base. They’re also the home of the Tampa Bay Buccaneers – the stadium that will be hosting this year’s Super Bowl.

Tampa’s ready to show the country just how patriotic they can be, complete with an impressive flyover of bombers that will come from three bases.

History is about to be made in a few different ways…

First, the Buccaneers become the first NFL team to be the host of the Super Bowl and play in it. They have a home-field advantage, and it’s never been that way in the past. To say that Tampa is expecting a victory against the Chiefs, particularly because of having Tom Brady as their quarterback, is an understatement.

It’s not just home-field advantage, though.

Tampa residents will need to prepare for a trio of Air Force bombers flying overhead. There will be a B-1B Lancer from Ellsworth AFB, a B-52 Stratofortress from Minot AFB, and a B-2 Spirit from Whiteman.

For any math nerds, add up the numbers in the three bombers and you’ll get 55 – as in Super Bowl 55.

The Air Force Global Strike Command is excited to make history because this will be the first of its kind flyover. The bombers are set to soar across Raymond James Stadium as “The Star-Spangled Banner” comes to a conclusion.

The flyover is designed to show patriotism and represent the active-duty service members that are at home and deployed – over 1 million in total.

The special Super Bowl flyover is to remind Americans in harm’s way that the bombers will always be there. Since the U.S. is the only one in the Western Alliance to even have bombers, this is also a momentous occasion for allies and partners around the globe.

General Tim Ray, the AFGSC commander explains that since the bombers are coming from South Dakota, North Dakota, and Missouri, they’ll leave from their respective bases to join for the flyover. Ray says that the event demonstrates “the flexibility of AFGSC’s bombers and their ability to deploy anywhere in the world from the continental United States.”

To put it simply, we are America, hear us roar.

It’s a nice reminder to everyone in the U.S. and around the globe that the United States military is the best in the world. For any foes who would dare to declare war on us, we are united and we are powerful. Our bombers are just an affectionate display of that power.

For any liberals that want to cancel the fun in order to express their fiscal concerns, there’s no cost to taxpayers. Flyovers are performed by the thousands every year because it inspires patriotism and showcases what the aircraft is capable of. Additionally, the flyovers serve as time-over-target training to help the pilots, aircrew, and ground control teams continuously improve.

Americans everywhere can rejoice that we have an amazing military – and the Air Force will prove it with their Super Bowl flyover.

The entire event will be televised with the Super Bowl, ensuring that everyone can tune in to watch the amazing display of patriotism.

Whether people want to root for Mahomes to lead the Chiefs to victory for the second year in a row or for Brady to lead the Bucs to a home-field victory, the real winner is America. If you don’t like football or the Super Bowl, just root for America.

Finally, there’s something we can all agree on. It’s a way to bring us together and forget about the petty political bickering – at least for one day on February 7.