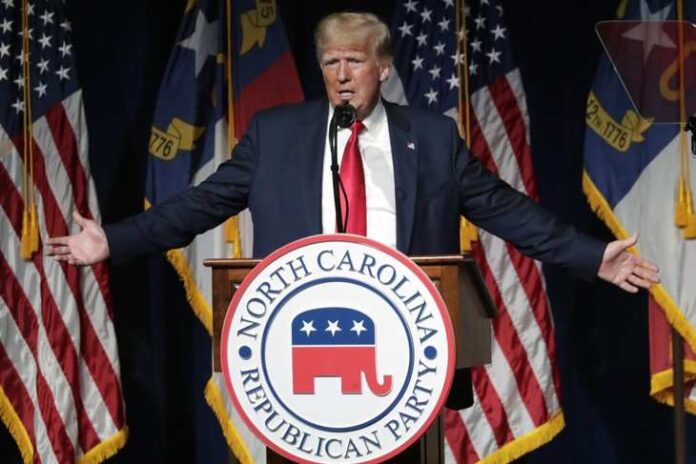 “The science around the lab leak theory hasn’t changed. But here’s why some scientists have,” reads the latest headline from NBC. That’s how they are describing the sudden shift in sentiment over the lab leak theory. All of a sudden, scientists are willing to admit that a lab accident took place.

Even the great and wonderful Dr. Fauci, who was basically calling anyone who offered up this theory a racist a few months ago, is trying his best to pretend that he is fully on board now. We know that he is not but it’s nice to see him put on the show for everyone anyway. Why are scientists like him performatively changing their tunes all of a sudden, though?

There’s no new evidence, to the best of our knowledge. What data have they been presented with that is leading to this massive shift in sentiment? They went from a collective “no” to being all about the “well, maybe….” so rapidly that we have to wonder why this happened. A genetic engineer spoke with NBC about the matter and they are saying what we already knew.

Scientific evidence is not being provided to explain the shift. Instead, these scientists are changing their minds because they are caving in to political pressure. Alina Chan is not some random voice in the wilderness, either. As one of the 18 researchers who were involved in the signing of the famous letter from Science magazine that urged fellow scientists to consider the lab leak possibility, she’s in a very unique position to teach people a thing or two.

She did not need to wait to see a shift in the public sentiment because this was always her opinion on the matter. Chan also makes another very solid point: those who were nervous about saying this out loud before are now able to do so without fear of reprisal. Without Donald Trump in office to blame things on, these people are more likely to feel as if they can speak freely.

Former CDC Director Dr. Robert Redfield after receiving high-level classified information about the origins of the coronavirus says Dr. Fauci is holding on to his beliefs about where the pandemic came from too tightly. pic.twitter.com/4eOv0MO1Xt

Since he’s not there to be associated with, no one has to wear the scarlet letter that comes with Trump-related agreement anymore. NBC News has more about the ongoing shift in sentiment:

“The shift reflects how some scientists who previously avoided the topic, or were quick to dismiss it, are grappling with enduring uncertainties about the virus’s origin, free from the politicization that clouded such discussions under the Trump administration.

Former CDC Director Dr. Robert Redfield after receiving high-level classified information about the origins of the coronavirus: I believe that the coronavirus came from the Wuhan Institute of Virology. pic.twitter.com/GRVCC2vfJf

Chan said there had been trepidation among some scientists about publicly discussing the lab leak hypothesis for fear that their words could be misconstrued or used to bolster racist rhetoric about how the coronavirus emerged. Trump fueled accusations that the Wuhan Institute of Virology, a research lab in the same city where the first Covid-19 cases were reported, was connected to the outbreak, and on numerous occasions called the pathogen the “Wuhan virus” or “kung flu.”

“At the time, it was scarier to be associated with Trump and to become a tool for racists, so people didn’t want to publicly call for an investigation into lab origins,” she said.”

Scientists aren’t supposed to be getting political during a pandemic but that’s the way of America now. We knew what we were in for when they started saying that protests where everyone was huddled together smashing up cities were perfectly okay. If you would like to see someone talking some sense for once, former CDC chief Robert Redfield spoke out about the matter for 15 minutes.

He was just as letdown as the rest of us when he saw scientists going to these types of lengths to put a stop to the lab leak theory. “It just seemed like a lot of people wanted to squelch any idea that there was another hypothesis,” says Redfield. “And I think that’s what I find the most disappointing, because I would expect that from politicians. I would expect that from governments. I would never expect that for the scientific community.” Well said!