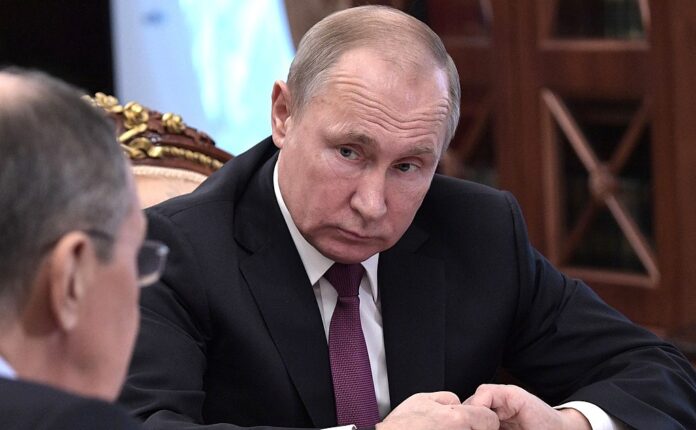 Trump kept us out of wars for the past four years. He did that by making sure that there was a strategy in place. The Democrats can say whatever they want about Donald Trump – but the country was kept safe.

Now, Biden’s only foreign policy strategy seems to do the opposite of what Trump did.

While Biden and Trump may not see eye to eye on everything, there has to be at least some respect for what the former president did.

Biden’s concerned with erasing. He’s not thinking, he’s not building, and it’s become obvious that he’s not strategizing.

There are a lot of things that Biden is currently doing that can lead to a significant amount of trouble for us. And none of the Democrats on Capitol Hill are saying anything because he’s making sure to eliminate anything that may have a Trump stain on it.

Much of what he’s done is helping Russia and China – and that’s terrifying.

As Haley told the hosts of Fox News’ America’s Newsroom, “Putin has to be pretty ecstatic right now.”

The United States has worked hard in the past four years to become energy independent. Why wouldn’t we want that? We should never have to depend on other countries. We worked to get this way not through executive orders written by the president but with legislation passed across Congress – something Biden doesn’t seem to want to participate in.

Biden’s already managed to ban fracking and cut off the Keystone pipeline – and that’s going to hurt the country. Biden’s also gotten the country into the START agreement, giving Russia a huge advantage.

In the next few days, Biden is going to have to address China. Right now, it seems as though both Republicans and Democrats agree that China is problematic. However, Biden seems to be sympathetic toward them.

The Chinese Communist Party may have some ties with Hunter Biden, too. What Biden does may affect his son financially, so he may have to proceed with caution.

If we jump back into the World Health Organization, we may be giving China a pass as to what they knew about COVID and what they tried to hide. At the very least, there needs to be a meeting with the Security Council.

There’s also the fact that China has been stealing intellectual property and infiltrating U.S. schools. However, it seems as though Biden wants to turn a blind eye to all of that. Trump was focused on that issue. Therefore, Biden doesn’t want to have anything to do with it.

It’s getting to the point that Biden needs to be reminded that he was elected by the people and for the people. He is the president, not the dictator. He can’t continue to make all of these decisions by himself without any strategy.

America needs to be able to move forward with strength and confidence. When Biden is only concerned about reversing what Trump did, it puts us on shaky ground.

Biden needs to stop getting us back into agreements that are bad for us. He also needs to stop writing executive orders instead of leaning on Congress.

Take a breath. Establish a strategy. Not everyone in the world can be an ally. We have to be cautious as to how much power we give to our enemies. Someone has to help Biden with a foreign policy strategy because it’s clear that he’s running without one right now.