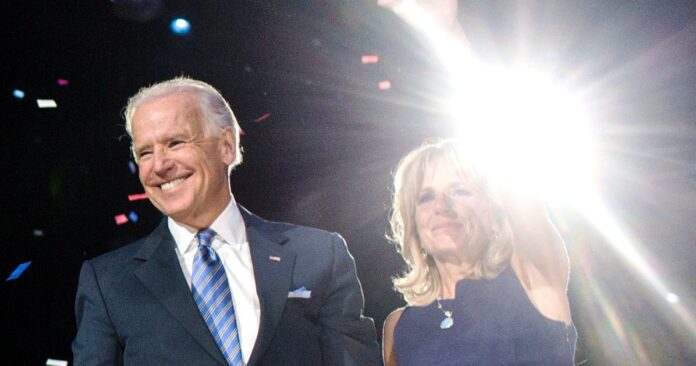 The Biden crime family never knows when to quit, do they? Everyone wants a piece of the action and they have zero concept of shame. Frank Biden is the latest member of the mafia syndicate to get in on the dirty money. He advises a law firm (we’re already rolling our eyes) and of course, he wants to capitalize on his connection to the current president.

Frank Biden’s role at the firm is fairly nebulous, too. As a “non-attorney senior advisor” for the Berman Law Group, we are not sure what he actually does. The firm is based in Boca Raton, Florida, and is currently filing suit against local sugar cane companies. The ad that touts their relationship with brother Biden was showcased in the Daily Business Review.

“The two Biden brothers have long held a commitment to pushing environmental issues to the forefront; the president-elect has vowed to rejoin the Paris Agreement and wants to set ambitious greenhouse gas reduction targets, for example,” the ad reads. “My brother is a model for how to go about doing this work,” Frank adds.

Frank even sent an e-mail to CNBC, looking to be let off the hook for his blatant attempts at profiting off his family’s name. “I have never used my brother to obtain clients for my firm. Our firm has long been involved [with] this lawsuit. Social justice is something I have been involved in for years,” he wrote. “I will never be employed by any lobbyist or lobbying firm.”

CNBC has more. “After CNBC emailed the co-founders of the firm, Matthew Moore, one of Berman Law Group’s attorneys, responded on the office’s behalf. CNBC had asked the firm whether Frank Biden will be continuing to use the Biden name in future ads while his brother is president, among other questions. The firm’s response did not provide answers to those questions.

“Frank Biden has been with the Berman Law Group for years. He is a champion for social justice, advocating against corporate behemoths that prey on the little guy,” Moore said in an email. “The big sugar case has been around for more than 2 years and is the poster child for corporate influence. We are honored to have Frank Biden stand with us as leaders for social justice,” he added,” they report.

Any Biden crime family being tapped as a social justice warrior is pretty funny in and of itself. Once the story was published, CNBC received an official statement from the White House. “After publication of this story, a Biden White House official told CNBC that the president’s name should not be used in any commercial activities in a way that suggests a form of endorsement or support.

“It is this White House’s policy that the President’s name should not be used in connection with any commercial activities to suggest, or in any way that could reasonably understood to imply, his endorsement or support,” the official told CNBC late Wednesday,” reads the statement from the White House.

“I’m Frank Biden. I’m the non-attorney senior advisor to clients statewide who need diversified business solutions through the Berman Law Group,” he says in another ad that was unearthed by the Trump War Room Twitter account. It is clear to see that he is all about trading on the family name. We are not sure how he can possibly claim otherwise at this point. All of the proof that we need is already out there.

The Biden crime family is never going to stop behaving in this manner because no one in power is willing to do anything about it. From their perspective, they are not doing anything wrong and there is nothing that can be done about it. These shameless grifters are going to be spending the next four years looting to their heart’s content. If only someone who cares about the truth was ready to point all of this out now!