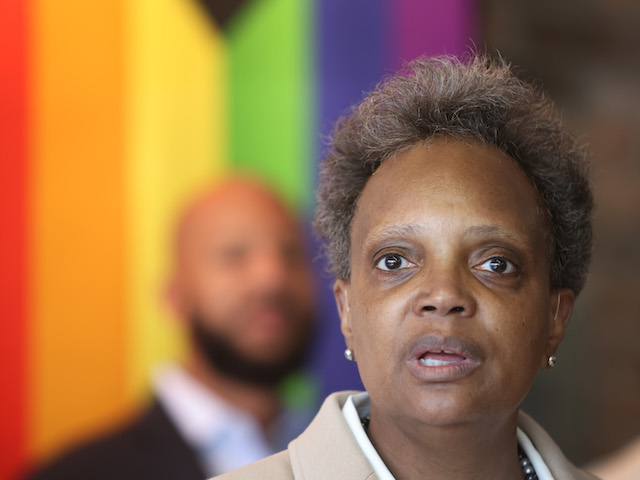 Since June 12, 2021, numerous more homicides have occurred in the city.

For example, four were fatally shot Tuesday, June 15, five were killed over Father’s Day weekend, and seven were shot and killed on Monday, June 21.

Thus far, Mayor Lightfoot’s response has been to call for more gun control.

ABC News quoted her calling for new gun controls June 15, 2021, saying, “Gun violence continues to have a deep and painful history in our city. Unfortunately, Chicago is not unique. We are part of a club of cities for which no one wants to belong, cities with mass shootings.”

Cities individually cannot tackle this problem. We just cannot. In Chicago, we’ve done absolutely everything possible and we need help from the federal government. When guns are so porous that they can come across our borders as we see every single day in Chicago, we know that we have to have a multi-jurisdictional, national solution to this horrible plague of gun violence.

Lightfoot did not mention which gun controls she would like the federal government to adopt nor did she mention that Chicago, like all of Illinois, already has a red flag law, a 72-hour wait on gun purchases, and a requirement that would-be gun buyers first obtain a Firearm Owners Identification (FOID) card.

The process for getting a FOID requires the applicant to be photographed and undergo a background check.

Additionally, Cook County, the county in which Chicago is located, has an “assault weapons” ban.