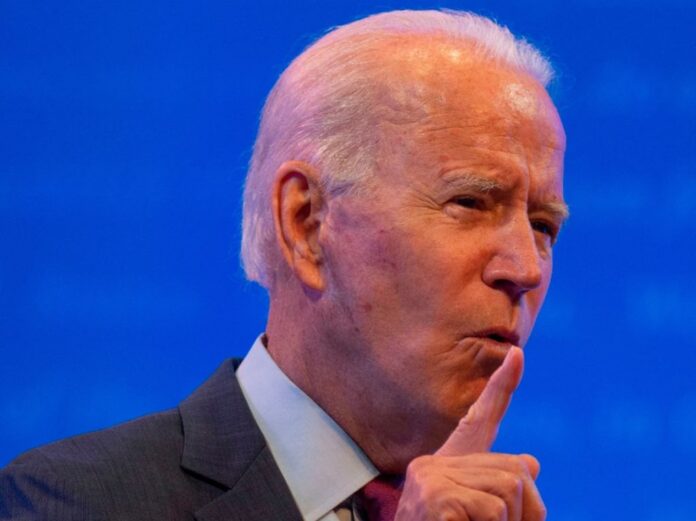 “The President feels a lot — a great deal of the crime we’re seeing is a result of gun violence,” she said. “You can expect he’ll speak to that and his commitment to continuing to address gun violence and gun safety in the country.”

Biden will acknowledge the rise in violent crimes that occurred under his watch as Democrats face a crippling political narrative that their policies are to blame.

The murder rate has risen 25 percent and violent crime rose about three percent, according to new FBI data.

Republicans blame Democrats for the rise in violent crime after they embraced the radical left anti-police agenda promoted by the Black Lives Matter movement.

A Fox News poll released in May showed that 73 percent of Americans believe crime is higher in 2021 under President Joe Biden than it was under former President Donald Trump in 2020.

Psaki signaled Biden would likely point out that violent crime in America’s major cities also increased under Trump, in an attempt to escape blame.

“[T]here’s been actually a rise in crime over the last five years, but really the last 18 months,” Psaki said, trying to excuse any blame on the rise in violent crime from Biden’s leadership.

But 37 cities with data for the first three months of the year showed an 18 percent increase in murders compared to the same time period in 2020.

Biden has privately addressed concerns that the “defund the police” movement was hurting Democrats politically.

In a conversation with civil rights leaders after the 2020 presidential election, Biden said they should not “get too far ahead ourselves on dealing with police reform.”

“That’s how they beat the living hell out of us across the country, saying that we’re talking about defunding the police,” Biden said in December 2020.

But during the 2020 presidential campaign, Biden engaged anti-police protestors blaming police departments for escalating tensions with the black community. He also voiced his support for “redirecting” funds from police departments.

The anti-police rhetoric has taken a heavy toll on police departments, as a growing number of officers are retiring across the country.

The president previously tried to pin the rise in crime on gun ownership in April, during a speech condemning gun violence as “an epidemic” and “an international embarrassment.”

He vowed to continue pushing for more gun control as the answer to the rise in violent crime.

“No amendment to the Constitution is absolute,” Biden said.