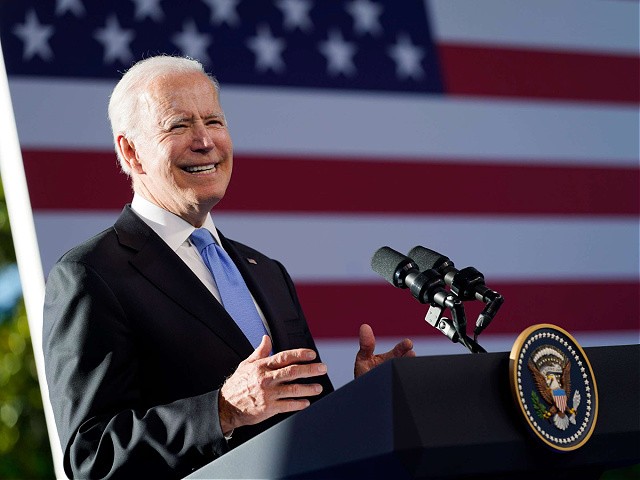 The Associated Press reports that Biden’s speech will contain a mix of new executive orders and renewed calls for “Congress to pass gun legislation.”

White House Press Secretary Jen Psaki told reporters that although the focus of the speech will be on crime, guns will also be a “big part” of it.

She said that Biden is focused on “putting in place gun safety measures … using the bully pulpit but also using levers at his disposal as president.”

On April 8, 2021, Biden issued numerous executive gun controls, many of which directed his Department of Justice (DOJ) to take action regarding red flag laws, “ghost guns,” and AR-pistols with stabilizer braces, among other things.

Since that time, the DOJ has put forward proposed rules on “ghost guns” and AR-pistols with stabilizer braces. They have also put forward guidance for states that want to adopt red flag laws.

AWR Hawkins is an award-winning Second Amendment columnist for Breitbart News and the writer/curator of Down Range with AWR Hawkins, a weekly newsletter focused on all things Second Amendment. He is the political analyst for Armed American Radio. Follow him on Twitter: @AWRHawkins. Reach him directly at [email protected]. Sign up to get Down Range at breitbart.com/downrange.