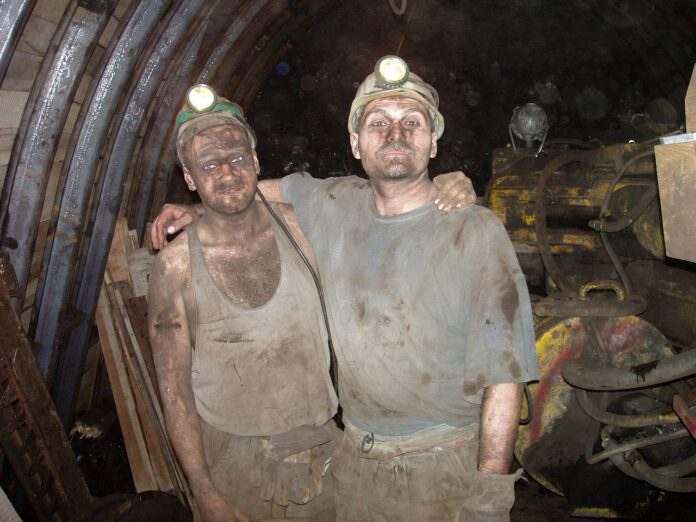 Lame Kamala Harris is leading the rebellion against rural Americans. Nearly every rural county ends up voting Republican, which infuriates the liberal base. Harris and her entourage have made it their mission to publicly show how much they hate farmland country. And it is not just farmers that are feeling the brunt of Harris’ attacks. Coal miners and others that make their living from natural resources are in line for Harris spanking.

The hatred that the Democrats have for Coal mining is no secret. Barack Obama nearly destroyed the entire business sector within a few short years by strangling them with regulations and red tape.

But Donald Trump liberated them and got them moving forward again. But now that the Democrats no longer represent the working class of people. They cannot be trusted with securing new markets and preserving the working class.

The liberal left now represents big money and big tech. They are the rich that lord themselves over the working families. And because they have a lot of money, they believe that they can treat people anyway.

Biden and his socialist queen seek to kill off any sector of business that deals with natural resources. Coal mining is the tip of the iceberg. John Kerry, who now works for Biden, has stated that the coal industry will die, and the workers will be put out of work. Those were the same words spoken by Hillary Clinton in 2016.

John Kerry maliciously stated that “What President Biden wants to do is make sure that those folks have better choices, that they have alternatives, that they can be the people who go to work to make the solar panels.”

For the longest time, the liberals pushed wind power as the new viable energy that will redeem mankind from fossil fuels. But not that the industry is a generation into the producing energy, they have found that they cannot recycle the blades needed to produce the energy. So, they end up buried in the landfill with all the other liberal ideas.

And now that kiddish Kerry has spewed his peace Harris is jumping into the mix. The entire liberal administration is doing their own things. Harris’ office does what it wants too, and Biden does the same.

Harris made her way to West Virginia, where she tried to speak with Joe Manchin and tried to get him to endorse the COVID-19 bill. But instead of discussing the bill, she attacked coal mining. She called the mining industry “land mines.” She believes that they will be the reason that the earth explodes in the coming years. Her slip of the tongue was an embarrassment to all liberals. She was supposed to have said, “abandoned mine lands.”

The liberals need a relief bill so they can hide more liberal policies. But their problem is that they have angered Manchin. He is a proclaimed Democrat but votes conservative half of the time.

The bill that the liberals want to pass needs the support of Manchin. But he has ticked off at Harris and the rest of the clowns working for Biden. He was never included in the development of the bill.

Manchin stated that “I couldn’t believe it. No one called me [about it]. … We’re going to try to find a bipartisan pathway forward … but we need to work together. That’s not a way of working together, what was done.” Manchin has realized that Biden has no intention of working with the conservatives.

That decision of the estranged president is going to cost the liberals a lot in the end. Their reluctance to speak with Manchin because he is not as liberal as the rest is going to bite them in the end.

At least Biden is not the only forgetful liberal speaking in public. Harris’ slip of the tongue showed what she thought of the coal industry. She showed her true colors as she hates rural America.

The liberals cannot stomach the fact that America is significant because the people who work hard in the rural countryside are conservative and stand for strong morals and freedom. This is one reason why Harris and the rest of the liberal elites want to destroy rural America and make them subservient to the new overlords.