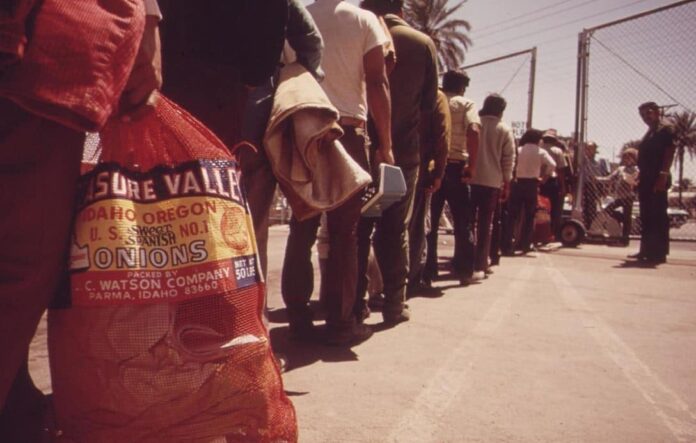 The United States is about to get a lot safer, no thanks to Joe Biden. Two of the largest states in the Union are banding together to continue to build the security wall that Donald Trump started while he was in office. Joe Biden was quick to kill the project because he felt he needed to do something to tick everyone off. So he opened the southern border and allowed thousands of illegals to walk right into America.

Greg Abbott is not about to let Texas take the fall for Joe Biden’s refusal to protect America. Abbott came out and announced that he would continue to build the southern wall across Texas to protect the people living there. And there is nothing that Joe Biden can do about it.

The state is about to make a significant payment on getting the wall back up and going. Joe Biden created a border crisis and then abandoned the people to defend themselves from illegal invaders. But Greg Abbott is not going to turn his back on the people.

Bryan Collier is the Executive Director of the Texas Department of Criminal Justice. Abbott told him to put $250 million towards the building of the wall. The purpose was to provide a “down payment to begin design and construction of physical barriers on voluntarily donated private and public lands that border this state and Mexico.”

The Texas governor is sick and tired of his state having to clean up the messes that Biden keeps making. It has been and will continue to be a mess until Biden leaves office and a real man takes over.

Weak Biden told illegals to come on into the country. He gave them the impression that no one would ever be sent home. Abbott pointed out that because of the neglect by Biden that “Property is being destroyed, deadly drugs and illegal weapons are being smuggled into communities throughout the state, law enforcement is having to redirect their resources, and county judges and mayors are facing skyrocketing expenses.”

The Lone Star state is taking the reins and leading the way to protect America. They are standing in the gap to stop the horrors from happening at the southern border. The southern communities that sit at the border are unsafe places because of the criminals taking up stations in the towns. Families are left feeling neglected by their president because he refuses to do what is right and protect Americans instead of throwing them under the bus.

The goal is to have hundreds of miles of border wall constructed. Abbott gave the announcement as the numbers of illegals at the border skyrocketed to never before seen numbers. The number of illegals arrested last month alone surpasses any other total ever seen at the southern border. There is no end in sight to the flow coming across into America.

Governor Ron DeSantis was quick to support Greg Abbott in his decision to build the wall. He stated that law enforcement officers from Florida would be sent to help deal with the crime at the border.

Biden has failed in his primary duty as president. Two states have asked for help at the border, and Florida is going to answer the call. DeSantis told Abbott that “I’m proud to announce today that the state of Florida is answering the call. Florida has your back.” Biden’s attempt to split a country has only brought out the best in state cooperation.

Abbott has also told the president that he had better return all the land taken by the federal government to build the wall that he killed. He is going to need that land to finish what Trump started.

The lack of response from Biden and Harris proves that neither of them cares about the southern border. Abbott finished off by slamming the duo by stating, “Your immigration policies are making Texas ‘ground zero’ for a dramatic influx of unlawful immigrants, but all of America will suffer from the flood of dangerous drugs, human traffickers, and convicted criminals that may cause harm in other states after entering through Texas.”