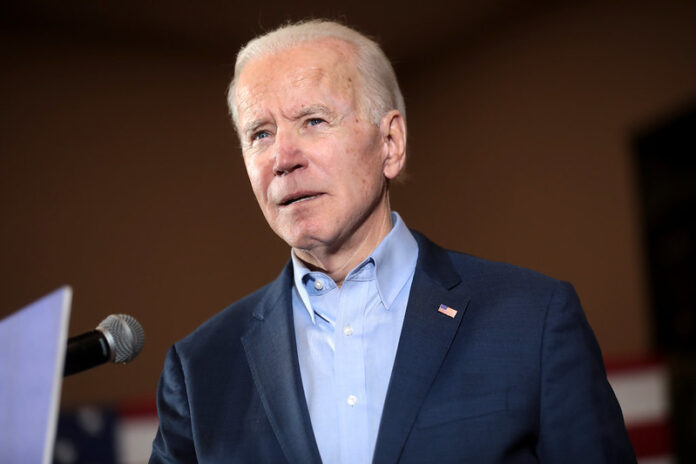 The Biden administration has decided to give up doing anything to help Americans. Instead, they’re expecting Americans to do all of the work – and that includes finding the various radicals throughout the country.

The administration has announced plans for Americans to report any “radicalized” friends and family to the government. It is their newest way to fight domestic terrorism.

Welcome to Biden’s America, where he hopes its citizens will simply sell out their family and friends in order to receive his praise.

A senior administration official explained, “We will work to improve public awareness of federal resources to address concerning or threatening behavior before violence occurs.”

The problem is that the Biden administration has made it a habit of changing the definition of certain words to suit their agenda. So, we can only wonder what is identified as “concerning or threatening behavior.”

The administration has chosen to cite the campaign of the Department of Homeland Security: “If you see something, say something.”

What exactly are people to say? And what happens to those who are reported to the government? Well, that’s not being identified yet.

This could be a huge problem. Anyone who says something sarcastically on social media could end up feeling the wrath of a liberal relative who feels scorned.

The administration official explained that contexts will be created so that people can have a path to raise concerns and even seek help for those who have been perceived as being radical or radicalizing toward violence.

Friends, family members, and co-workers are asked to be on the lookout for radical action. Obviously, if someone is talking about a radical act of violence, it would be warranted to speak out. Yet, that’s not enough for the administration. They’re looking for anyone who could be “perceived” as being radical. Even if they haven’t yet made a threat or taken action, they should be reported.

All of this is to help Biden make good on a warning that he made during his inauguration speech – that there was a rise in political extremism.

The Biden administration doesn’t seem to want to live up to their own wrongdoings. They’ve helped to create the divide in the country. They spent four years trying to tear down the democracy because they wanted Hillary Clinton instead of Donald Trump. They eagerly pointed out that Trump wasn’t their president.

Now, it’s being done again because there are Republicans who still fail to understand how Biden was possibly capable of getting more votes than any other president in history – especially when it’s a bipartisan concept that he’s a bumbling idiot. Smart voters don’t vote for bumbling idiots…

Biden believes that “white supremacy” is the “most lethal threat to the homeland today.”

The most lethal threat to our homeland is Biden himself. After all, he signed executive orders that caused the migrant crisis at our southern border. He’s also incapable of speaking intelligently about any topic. He’s making our country look weak, and foreign leaders from around the globe are laughing at him (and at us).

Throwing out the term of white supremacy is meant to divide, not to unite. Most people, of any color, would identify that white supremacy is not a threat. While it may be a threat in some small niches of the country, it’s hardly a widespread problem like the Democrats would have us believe.

We will now have to be cautious of how we speak. Freedom of speech? Nope. It has to be monitored because the administration will turn social media platforms against us in order to “combat radicalization.”

The administration wants to believe that “What matters is when individuals take their political or other grievances and turn that — unacceptably, unlawfully — into violent action.” Is this truly a concern? One riot at the Capitol and the liberals can’t think of anything else. The country is not filled with radicals. There are the occasional ones here and there as there always has been. Perhaps if the administration would do their job, there wouldn’t be so many people looking to take violent action to get the country back onto an acceptable course.