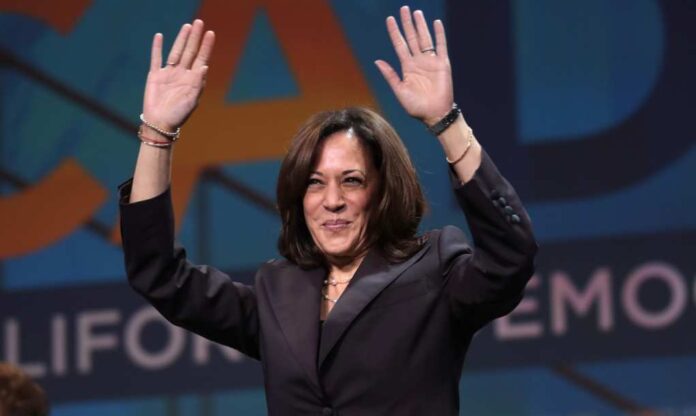 Enough is enough. It’s been months since President Biden appointed VP Harris to fix the border issue. The only thing Harris has done is refuse to visit the southern border. Oh, and she did hold a few press conferences where she insincerely told migrants “Do not come to the United States.”

The migrant issue is not only an immigration crisis but a humanitarian one. Texas, in particular, is suffering because of the thousands of migrants flocking into the border in one way or another.

House Republicans have decided that they’ve sat idly by long enough. 56 of them have teamed up to address the issue with President Biden. They are urging Biden to remove the VP from her role and appoint someone who will address the issue properly.

Glenn Grothman, a Republican representative out of Wisconsin is leading the charge. He has pointed out that she has failed to visit the border. Because of this, she has also faced bipartisan criticism.

The Biden administration has tried to clear up any confusion. They have identified that Harris’s job is to focus on the “root causes of migration.”

The problem with fixing “root causes” is that it could take years to see any true improvement. Texas and other border states don’t have the ability to wait years for a solution. They need to see migration come to an end immediately.

The @VP STILL hasn’t visited the border. You can’t truly know the situation until you speak with people on the ground. I and 55 of my colleagues sent this letter to @POTUS demanding her removal from this position because 180k encounters, a 21-year high, is unacceptable. pic.twitter.com/PJE0RpgTaV

Some of the other Republican representatives urging Biden to replace Harris include Louie Gohmert of Texas, Jody Hice of Georgia, and Madison Cawthorn of North Carolina. They have all expressed serious concerns regarding what Harris is actually doing about the crises.

The 56 representatives have drafted a letter to POTUS to demand that Harris be removed from the position. They have identified that the demand is because of 180k encounters with migrants, which is a 21-year high.

The letter identifies that it has been 85 days since the VP was tasked with establishing solutions. She has not visited the border, she has not met with border patrol agents, and she hasn’t even bothered to call any of the governors, including Gov. Greg Abbott of Texas.

When confronted with why Harris hasn’t visited the border, she has explained that she isn’t into “grand gestures.” She doesn’t believe that visiting the border will help her establish any of the root causes. Instead, she has traveled to such countries as Guatemala and Mexico to figure out why so many residents feel as though they need to leave their home countries in search of a better place to live.

What she doesn’t realize, or what she doesn’t want to admit to herself, is that the Biden administration has caused the migration. Pres. Biden reversed much of what former Pres. Trump had done to eliminate illegal immigration. Further, liberals have made plenty of impressive offers to illegal immigrants. They can live in sanctuary cities where they can commit crimes without facing penalties. They can obtain stimulus checks. They can gain work visas, and many will even find pathways to citizenship.

America may be built on the “American dream” and the melting pot of cultures. However, there are also laws. Immigration cannot be a free-for-all. It will send the economy crashing down.

So, 56 House Republicans have decided to make demands of the president. They are no longer interested in waiting for VP Harris to determine the “root causes” of migration.

Although Biden said that he could think of nobody better qualified to do the job when he first appointed Harris, there is now the belief that literally anyone could do better than Harris.