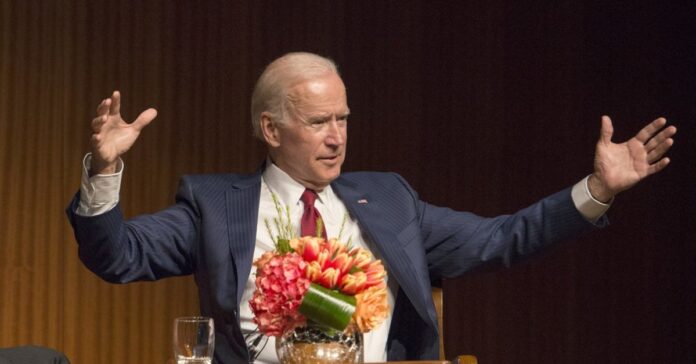 The Biden crime family is always in the news these days, as Joe and his cohorts look tirelessly for their next big score. Frank Biden seems to be at the front of the line these days. Those who have followed Frank’s story probably remember some of his past “gigs”. He loves to trade on the family name so that he can slide into various cushy roles that don’t require him to work very hard.

In 2016, he was working with Delmarva Group, a consulting firm that is best known for lobbying on behalf of an oil distribution company. Cassidy & Associates were employed by the group so that they could lobby on Chesapeake Petroleum and Supply’s behalf. All of this unfolded during the final year of Biden’s stint as vice president.

Frank decided that it would be in his best interests to pull back at that point. He issued a statement to CNBC indicating that he took the initiative to distance himself from the firm. “I provided advice and counsel based on my business experience. I had very limited engagement with Delmarva,” said Frank when he spoke to CNBC yesterday.

“President Joe Biden’s younger brother Frank Biden worked with a small consulting firm that was involved with federal lobbying on behalf of an oil distribution company, during the last year of the Obama administration.

The consulting company, little-known Delmarva Group, turned to the lobbying shop Cassidy & Associates to represent Maryland-based Chesapeake Petroleum and Supply in targeting congressional lawmakers and the Defense Department in 2016, as Joe Biden was in the final months of his second term as vice president.

According to his LinkedIn page, Frank Biden served as a “member director” of Delmarva Group starting in 2015. Joseph Abruzzo, a former member of the Florida Legislature and an owner of the now-defunct company, said Monday that Frank Biden didn’t have a formal position with the firm until after Joe Biden was out of office,” CNBC also reported.

“Frank Biden never attended a meeting with Cassidy and Associates or any government agency or official, nor did he communicate in any manner with a government agency or official in 2016 or any other subsequent year on behalf of Chesapeake Petroleum and Supply Co. There was never any federal government business obtained or procured with or through Delmarva Group, LLC. To Delmarva Group’s knowledge, Chesapeake Petroleum and Supply Co. decided not to move forward with expanding their federal government practice.”

These reports have surfaced at a terrible time for the Biden crime syndicate. “I have never used my brother to obtain clients for my firm. Our firm has long been involved [with] this lawsuit. Social justice is something I have been involved in for years,” Frank Biden claimed. “I will never be employed by any lobbyist or lobbying firm.”

White House Press Secretary Jen Psaki was finally asked directly about the relentless grifting that the Biden family has been engaging in. “The president is committed to ensuring we have the most ethically vigorous administration in history,” Psaki responded.

This is one of the more hilarious things that we have heard recently. How did she even say it with a straight face?

The reality here is a simple one. The Biden mafia family cannot proceed without the tacit approval of the big man himself. Joe is not used to being the man in the big seat and he had better get his head on a swivel.

If he thinks that he is exempt because of who he is, that would go a long way toward explaining the blase attitude he seems to have about all of this. With any luck, he will need to answer for this in a court of law soon enough.