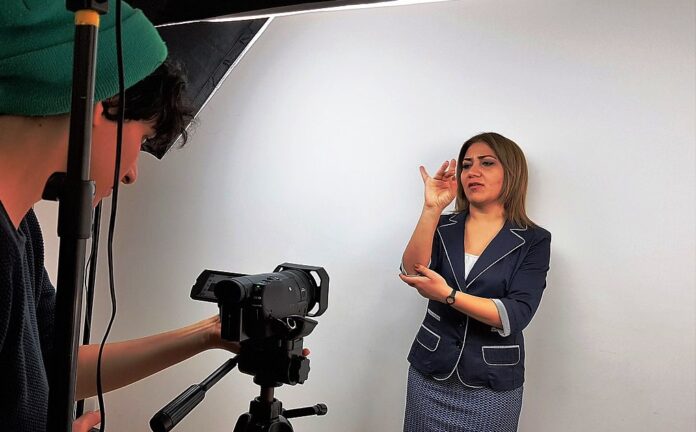 White House press secretary Jen Psaki made a recent announcement about the Biden administration and how they are going to be a more inclusive sort. To that end, they will now be using an interpreter during the daily press briefing. The interpreter’s name was mentioned publicly so that progressives could take their victory lap.

Psaki left out one very important aspect of this announcement, though. It was sold to the nation as a move that was being made because the Biden administration is so much kinder than the previous meanie. What she did not mention was that this was not an act of benevolence at all. They are merely following federal law.

A civil rights group known as the National Association of the Deaf, in conjunction with five deaf Americans, filed a lawsuit about the matter. A federal judge ruled in their favor this past November and here we are. “At her briefing Monday, White House press secretary Jen Psaki highlighted the virtual presence of “Heather” — who appeared in a picture-in-picture box on the online streams of the briefing.

As a part of this administration’s accessibility and inclusion efforts, starting today, we will have an ASL — an American Sign Language — interpreter for our daily press briefings,” Psaki said. “Today’s interpreter, Heather, is joining us virtually,” reports state.

This wouldn’t (and shouldn’t) be a story under normal circumstances. Psaki is free to try and boast about the inclusiveness. The Trump administration also used an interpreter during their briefings but no one cares to discuss that. The real issue came about when people took the time to dig into the past of “Heather”.

She’s served as an interpreter for far-right videos in the past and some believe that she is a Trump supporter. The White House is now coming under fire for associating with her, as you would have expected. The liberals are going to cancel them for this horrible lapse in judgment. MSN has more about the more justifiable outrage of the deaf community, though.

She is also an organizer of Hands of Liberty, a group that provides ASL interpretation for right-wing videos. Hands of Liberty, previously called Right Side ASL, has been removed from Facebook for “violating community standards,” according to a post by the group on the social platform MeWe. Mewshaw appears in a Nov. 17 post titled “Admin Update” explaining the move from Facebook, Twitter, and Instagram to platforms MeWe and Gab, which are popular with conservatives for their light approaches to moderation.

Mewshaw appears in dozens of videos on Hands of Liberty’s MeWe page, many of which contain misinformation. Mewshaw’s participation in such videos was first reported by TIME,” they reported. “Heather” has since been removed from her post but that is probably a coincidence, right?

“The President and this administration have made a commitment to having an ASL interpreter at every press briefing and are working to follow through on that commitment every single day. We are not commenting on specific people or personnel matters at this time,” a White House official said in a statement provided Friday evening. Outside of this statement, no one is offering any further commentary.

Have there been any complaints about her actual job performance? Of course not. So why can’t she continue to do her work in the manner that the White House is accustomed to? We do not know the ins and outs of her business but we are presuming that she’s signed some sort of contract. If the White House wanted to display their maturity, they would continue to allow her to work. It would serve as an olive branch of sorts. We won’t hold our breath.