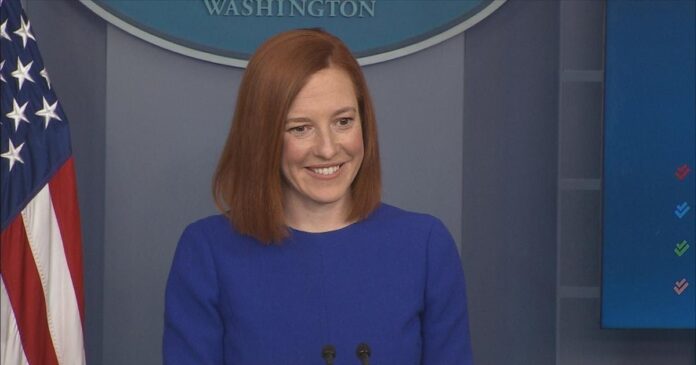 If the president does only one thing, it should be to protect our constitutional rights. However, when he gives a thumb’s up to censorship, it’s absolutely terrifying.

Joe Biden has identified that he’s in full support of Twitter’s efforts to “reduce hate speech,” which was done by banning Donald Trump’s account.

Twitter didn’t just ban an account for Donald Trump. They banned the account that was being used by the sitting President of the United States. The social media platform took it upon themselves to ban the account. They acted of their own accord to determine what was and what was not acceptable.

Trump lost privileges to Twitter even before Biden was inaugurated. And, he has yet to be given access to the platform upon leaving Washington DC.

And what does Biden have to say about this? Good.

Jen Psaki, the White House press secretary is quick to say that the decision to censor and ban individuals was “a decision made by Twitter.”

Luckily, we have members of the GOP who are not. Ted Cruz actually demanded that Jack Dorsey tell him who elected him to make such decisions. That’s when Twitter’s CEO quickly cowered behind his terms and conditions.

And Cruz is right. Who elected Dorsey or Twitter to make censorship decisions for us? Are we not entitled to free speech? Are we not able to determine what is and isn’t false on our own? We don’t want to be spoon-fed information that has been carefully analyzed. If we wanted that, we’d move to Communist China.

Psaki made a ridiculous comment about how the White House and Biden don’t spend a lot of time talking (or thinking about) former President Trump. That’s a lie, though, since Biden’s hell-bent on writing executive orders to eliminate anything that Trump did in the four years he was in office.

According to Psaki, the White House is fine with Twitter acting as a censor. Well, as long as Twitter continues to be on the side of the liberals. After all, the social media platform also made sure to shut down any talk of Hunter Biden. We wouldn’t want Americans to learn the truth, would we?

Meanwhile, Jack Dorsey is planning on purging conservatives across the platform. In a conference with employees that was leaked, Dorsey identified that “it’s going to go on for much longer.” What this means is anyone’s guess. It sounds like Twitter isn’t going to be a place for conservatives much longer.

Biden will censor anyone who doesn’t agree with him. Well, he’ll let Twitter do his dirty work. That’s his version of unity. Dare to disagree? You will be silenced into submission.

Biden might as well fire Psaki and allow Jack Dorsey to be the press secretary. He’ll make sure to get the messages out – or at least the messages that he believes are important. If there’s anything going on that would make Biden look bad or create any kind of divisiveness in the country, it will just be deleted.

Conform to being one of the sheep. That’s basically what Biden has said by allowing Twitter to make decisions for us.

No wonder the Democrats want Ted Cruz gone. He’s causing waves because he actually wants to make sure the American people get a voice. Since no one voted for Dorsey to make decisions for us, he shouldn’t be allowed to make decisions. Even if Biden is okay with it, we are not.