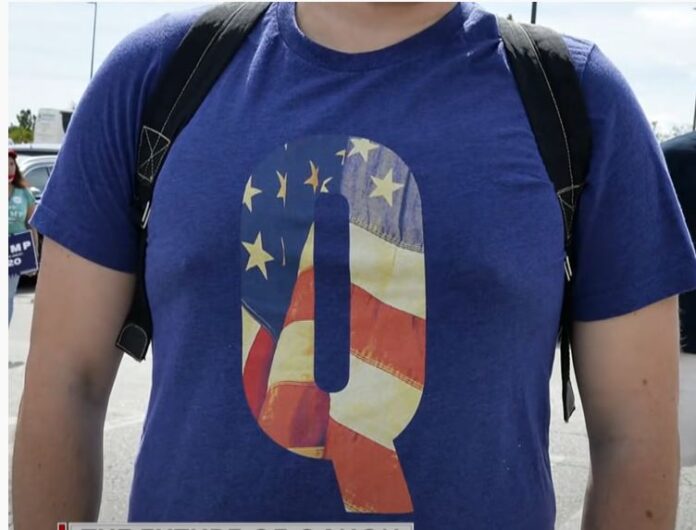 Despite QAnon falling under harsh criticism for what many consider to be outlandish beliefs, the movement has proved itself to be no flash in the pan. It’s here today and it will still be here tomorrow.

Many so-called experts have taken stabs at dissecting the reasons why people buy into the fairytale-ish alternate reality but thus far their theories have all been hogwash. They had holes the size of a freshly dug burial plot.

But finally, a guy hit on something that makes sense. Lots of sense. He’s a game designer by the name of Reed Berkowitz. His entire career has been based on making non-reality appear as real as possible. It took him no time at all to figure QAnon out.

Berkowitz said he’s seen it all before and at one time even worked on developing a similar game. But unless someone is a game developer like he is, they won’t see the differences between video games and the reality that QAnon manipulates to spur on their followers.

Berkowitz said that the first game he ever developed was “Scooby-Doo” easy. The players had to search for clues in a scary basement for an object that was almost in plain sight. The game was too simple to anticipate there being any problems with it, but this isn’t how things worked out.

Overlooking the incredibly obvious clue, players noticed some wood scraps on the floor and began analyzing what they meant. Some players thought they resembled an arrow that was pointing to a wall where the object surely must be hidden.

Inside the wall, players found a collection of tools that made the game even more complex as each and every one of them was carefully analyzed. Seeing how the childlike game had taken on a life of its own, Berkowitz redesigned the game to make the clue even easier, hoping to put an end to the madness, which it finally did.

But then he realized how the players had been ordinary people drawing ordinary conclusions based on the perplexity of life itself. Nothing is ever as easy as it appears. There is always a hidden agenda.

It’s called apophenia and it is the plague of game developers everywhere. This is when players overlook everything obvious about a game in favor of digging way deeper than necessary. It causes developers to edit their games to get players back on the right track they’ve wandered so far away from.

In short, the game is redesigned to bring a player’s unrealistic fabricated findings back to the reality of a game that wasn’t real, to begin with. The players have become so deeply entrenched as to give the game the appearance of containing a secret reality that only they can uncover.

QAnon came in with a bang by giving clues away for free. Nobody had to go hunting to see what they were saying. Once those who were listening showed an interest in pursuing QAnon’s game further, the clues became harder and required much deeper analysis.

The problem here is that the clues can be taken anyway a player perceives them, the whackier the better. Over time QAnon’s clues have become the basis for elaborate tales of deep corruption being created from the vivid imaginations of the players. By this point, they have been so inundated and enthralled as to confuse reality with fiction.

Though QAnon has lost many of its followers as of late when certain predictions never came to fruition, they remain strong enough to warrant concern. One can only hope that as more predictions don’t come true the movement will lose more of them.

But for now, QAnon remains a powerful force to be reckoned with.