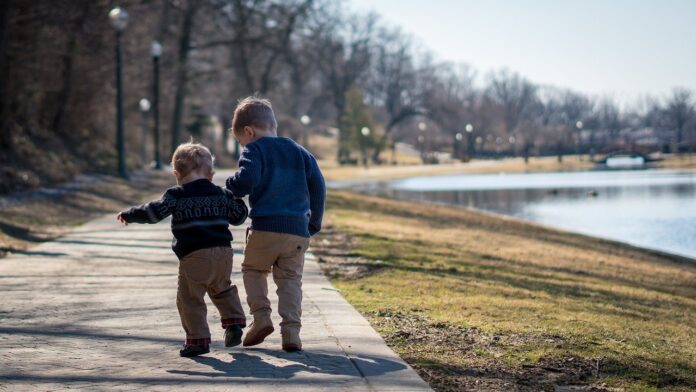 The Democrats are celebrating the fact that their liberal foundations are rewriting American history. One such organization is the Lincoln Project. An organization determined to destroy and erase Donald Trump from history. One would expect the founders of such a movement to be ethical and fair, but that is far from the truth.

George Conway and John Weaver are the two foolish men that founded the organization. Their main objective was to defeat and destroy Donald Trump at all costs. But Weaver had something else hiding in his shadows that would darken the purpose of the Lincoln Project.

Weaver was found to be engaging in online harassment, and he sent out sexual messages to young men and other crimes. The ethical standard of the liberal organization has been revealed. It is like all the other organizations that operate under liberal control. They are corrupt and have some terrible crimes in the shadows.

Conway has tried to distance himself from his once close partner. He wants to have nothing to do with the sick man-lover Weaver. He stated that Weaver’s actions were “terrible and awful and appalling and unfathomable. I didn’t know John very well. Frankly, I only spoke to him a couple of times on the phone early on in the Lincoln Project.”

It is hard to believe that cofounders would not know each other better than what Conway is stating. No one in their right mind calls up a stranger and agrees to organize a movement without knowing the other person. It makes no sense at all. There is more to the story than Conway is letting on.

He acts surprised when he stated, “I just, it’s almost — I don’t even know what to say.” Democrats love to join together until an event happens that threatens their image. It is at that moment that they turn viciously on the person that did the crime.

Jeffrey Epstein and the Clinton’s are a perfect example of turning on each other. Once Epstein was arrested for sick crimes, the Clinton’s ran in the opposite direction. They claimed that they did not know Epstein all that well. It is a claim that is well-founded in the Democratic book of lying and getting away it.

One of the young men who alerted the authorities to what Weaver was doing claims that he received messages from Weaver as an adolescent. Sad start to an organization that claims that Donald Trump is corrupt and corrosive with people.

And yet, every accusation and assertion against him was never proven to be true. There was never any evidence. All there was happened to be made up by liberals that hated the man.

Conway stated that the organization’s mission was to “highlight our country’s story and values, and its people’s sacrifices and obligations.”

But that mission was really politically motivated. If he genuinely had the mission to highlight America’sAmerica’s history and values, he would include the horrible things as well. It would give young people the chance to see what hatred and greed does to a people.

The true mission was found in what Conway stated next, “Over these next 11 months, our efforts will be dedicated to defeating President Trump and Trumpism at the ballot box and to elect those patriots who will hold the line. We do not undertake this task lightly, nor from ideological preference. We have been, and remain, broadly conservative (or classically liberal) in our politics and outlooks.”

Lies and more lies come out of the Lincoln Project. They do have an ideological preference, which is to unseat conservatism and instill a dangerous and lopsided view of history. One that puts the white man as an invader and destroyer of America that was.

Conway continued to rant against Weaver by saying, “John Weaver led a secret life that was built on a foundation of deception at every level. He is a predator, a liar, and an abuser. We extend our deepest sympathies to those who were targeted by his deplorable and predatory behavior.” The other founders may try and distance themselves from Weaver, but they cannot get away from the corruption infiltrated by teaming up with Democrats.