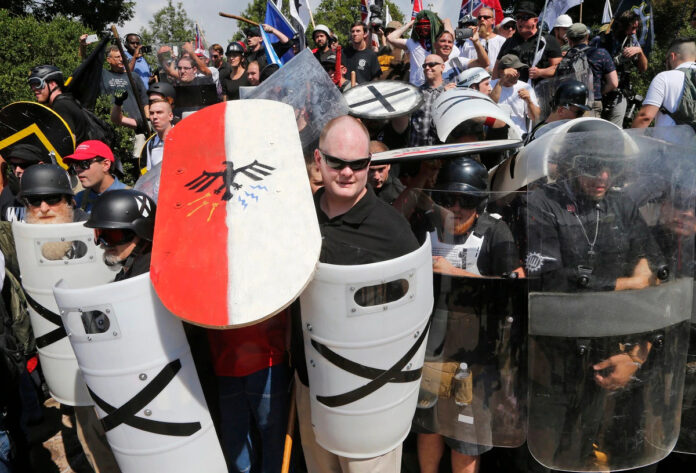 The U.S. military has been tasked with eliminating extremism from its ranks. Great, they’re on it…just as soon as they define it.

It’s hard to target troops for extremist behaviors if there’s not a proper definition. That’s what the U.S. military, across all branches, is struggling with. What exactly makes an extremist? To be fair, the behavior has to be identified so that troops know how to fall in line. Further, the definition has to include both far-left and far-right examples of extremism.

The Pentagon wants to achieve a balance within the definition to ensure that unit cohesion can take place without trampling on free speech rights.

U.S. intelligence agencies have been trying to make the argument for years that domestic extremists are the biggest threat to the country…especially the right-wing ones.

What happened on January 6 helped to prove that point as dozens of current service members and veterans stormed the Capitol to prevent Congress from certifying Joe Biden as president.

It seems that they don’t want to look at the left-wing variety of radicals. Those would be the ones who have destroyed countless cities in the name of Black Lives Matter. Cities such as Portland, Seattle, Minneapolis, New York City, and more have faced considerable violent protests – and created more deaths and damages than the Capitol Riot.

It’s why the definition has to be clear. Is closing down the capital of Portland acceptable but storming the Capitol in DC unacceptable? Where does the line get drawn?

Unit cohesion is a top consideration for military leaders. If there are beliefs that can impact performance, it’s a problem. No one wants to see extremism interfere with a military mission.

It’s why they have to decide what beliefs and actions would actually be an interference.

So far, the Pentagon has identified a few things…bigoted beliefs about religions, ethnic groups, and countries of origin. They would also like to add in the political belief that the 2020 election was stolen and that Biden is not the legitimate president.

Why is that not acceptable when it was completely acceptable for Democrats to hold the belief that the 2016 election was stolen and that Trump was not the legitimate president? For four years, Democrats would argue and say that “he’s not my president” because they felt that Trump cheated, preventing Hillary Clinton from getting into the Oval Office.

The line is getting very fuzzy, so military leaders will have to work to create a definition that is acceptable to all. Otherwise, they may face a significant decrease in the number of people enlisting into the military in future years.

Defense Secretary Lloyd Austin has already updated current guidance regarding whether troops can belong to groups such as Earth Liberation Front or Ku Klux Klan. They can belong to the groups as long as they aren’t active in fundraising, planning, or other coordinated groups.

The senior vice president at the Center for Strategic and International Studies, Seth Jones, has said that the majority of attacks seen over the past decade have been carried out by individuals as opposed to groups.

Most of the time, using online activity isn’t a good indicator of extremism. Just because a person has a particular affinity toward a group does not mean they’re willing to act.

Commanders can look for a few obvious red flags. This includes seeing a troop threaten or advocate for the use of violence against an individual or a group. However, sympathizers are harder to identify.

If a troop is retweeting various things that show extremist views, it could be a problem. Similarly, if a troop has the 14 words attributed to the white supremacist slogan or an anti-fascist flag tattooed on their body, it’s worth looking into them a bit more.

A definition is on its way, though it’s become clear that it will be defined so that those on the right are more likely to be flagged as an extremist. Apparently, leaning to the left and rioting over black rights is completely acceptable behavior.