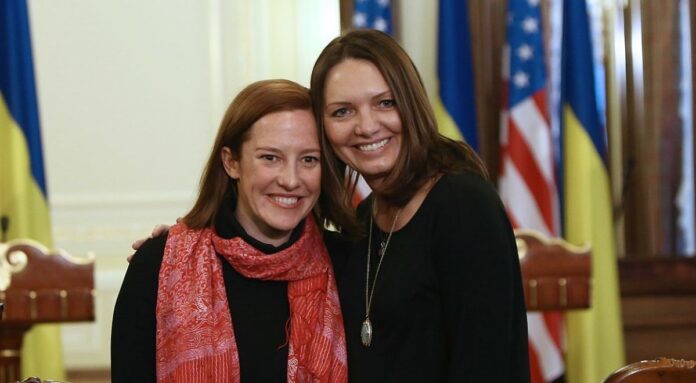 Jen Psaki has been serving as the White House press secretary for a few weeks now. At some point, someone should tell her how she needs to do her job. Even the press has begun to show their frustration.

We all expected her to be partisan. That was a given based on the nature of the job.

However, if she’s going to take to the podium, she at least has to be prepared. If she says “circle back” one more time, she may clear out an entire room.

There are a few reasons why she needs to go. Actually, three.

First, she has no idea how to answer the press. Is she not talking with those in charge before she heads out to speak to reporters? Why is it that she knows absolutely nothing?

Often, when she’s bombarded by questions, you can see that she’s lost. So, she’ll use her famous “circle back” comment. The problem with those words is that she never actually gets around to circling back. So, everyone’s left with just as many questions as when the event started.

Second, she is asking others to cheat the system. Psaki doesn’t get to ask reporters about the questions they’ll be asking. That’s not the way that it works.

Apparently, reporters are pissed off enough that they’re flagging it as a concern to the White House Correspondents’ Association. If the press secretary starts coordinating directly with the journalists, we’ll never get a straight answer as to what’s going on.

The requests prompted concerns among the White House press corps, whose members are sensitive to the perception that they are coordinating with political communications staffers https://t.co/wmssZcJQuZ

How does she not know this? The press shows up and asks questions. If she doesn’t know the answers to those questions, we’ve all got bigger problems.

Third, she’s as partisan as they get. We expected her to be a liberal. However, she is clearly putting her spin on a number of things – and it’s getting to the point that it hurts to eye roll as often as we’re forced to do. She actually made the comment last week that it may be hard to believe, but that people in the White House don’t spend their time thinking about Trump.

Oh, really? Thanks for that bonus tidbit of information, Ms. Psaki. However, no one asked about that. The only questions that were asked had to do with why it seems as though Biden is writing executive orders incessantly without using Congress.

Jen Psaki has proven that she’s one of the many slackers found in the Biden administration. They’ll do their job to the best of their abilities, which isn’t much, and the country will suffer.

Each and every position that Biden has filled is proof that they don’t need to be good at their job. They just need to check off a specific diversity box for him. For Psaki, she’s female. She’s also good at being a good little sheep and won’t provide any more details than the administration actually wants to share.

She’ll be happy to tell people that she’ll “circle back” until she’s blue in the face. She’s being paid very well to stand there and lie. She’ll withhold information because her salary depends on it.

Countless GOP press secretaries were ambushed significantly worse than Jen Psaki ever will deal with. You never heard Sarah Huckabee Sanders talking about circling back on issues. You never heard Kayleigh McEnany begging reporters to find out about the questions that would be asked.

Preparedness made the GOP secretaries good at their jobs. They knew what they were talking about. They were prepared to share what was going on.

Psaki is ill-prepared. She also has no idea what she’s talking about. She isn’t prepared to share anything of importance with the press. It’s a complete mess.

We want answers, and it’s clear that we’re not going to be getting them from Psaki. She needs to stop hosting press events altogether because she’s useless on the podium.