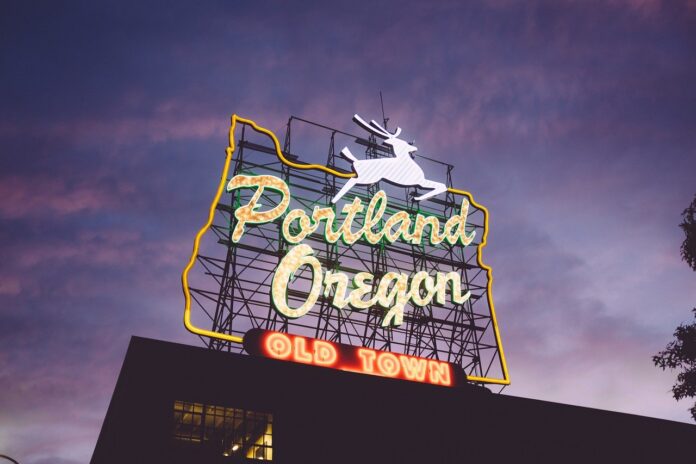 Portland, Oregon used to be the liberal hangout of choice in the Pacific Northwest. With legalized marijuana throughout the state and a craft brewery on every corner, it was considered one of the most desirable cities to live in.

People from all over the country have flocked to Portland over the years because of tax breaks, impressive job opportunities, and so much more.

Well, severe leftism is what provided the attraction. Then, that leftist way of thinking caught up to the city.

Over the past year, most of America watched as mayor Ted Wheeler lost complete control over the city. Blockades were created in downtown areas where “autonomous zones” ruled for weeks at a time. Riots erupted, causing damages to homes and businesses.

Taxes have been on the rise. Public unions and powerful teacher unions make demands of the city. Domestic terrorists have been appeased. Criminals have been coddled.

Now, Portland has dropped from its former glory. It’s now on the list of being one of the least desirable cities to live in.

People and companies alike are scurrying to move away from Portland in an effort to gain more law and order. They want to see lower taxes, better schools, and safer communities.

Investors, lenders, developers, and real estate experts listed Portland as the third most desirable city to live in back in 2017, out of a total of 80 large U.S. cities. Now, just a few years later, it’s listed as 66th.

To say that the city experienced a collapse is putting it lightly.

There’s one major factor that led to its demise: leftism.

Antifa and Black Lives Matter have been allowed to terrorize the city. Anyone associated with the riots wasn’t even arrested. If they were arrested, the leftist district attorneys released them without any kind of criminal charges. It sent a loud message: we side with the terrorists.

How is anyone supposed to feel safe when the rioters who are wounding innocent people on the streets and looting local businesses are allowed to roam free without penalty?

With terrorism being allowed to conduct its business in broad daylight without fear of being punished, property insurance costs are on the rise. After all, insurance companies know that there will be more riots and more displays of aggression.

There have been more fires, too. Although those on the left claim to care about the environment, they’re too busy complaining about the government not doing anything about climate change than they are about actually managing the forests.

As a result, debris, dead trees, and other things have not been cleared out. It leaves more to burn and makes it harder for firemen to get to the fires to get them put out. There were over 2,000 fires in the past year, resulting in over 1 million acres burning.

Portland is a mess, yet it doesn’t have to be.

One of the ways to prevent overcrowding in the city (and homelessness and not enough jobs) is to develop some of the areas on the outskirts of the city. When these areas are developed, it also leaves less to burn in the fires. Yet, those areas belong to Mother Earth. The leftists don’t want to develop that area – and so it starts the vicious cycle all over again.

With a high demand for housing and a low supply, it drives up costs. It won’t be long before Portland becomes the next Los Angeles. Only, Portland could do something about it.

The numbers speak for themselves. Even the liberals don’t like the city that Portland has become. They don’t want to live in a dumpster fire because it’s expensive and unsafe. The city has become the poster child for why leftist government doesn’t work.