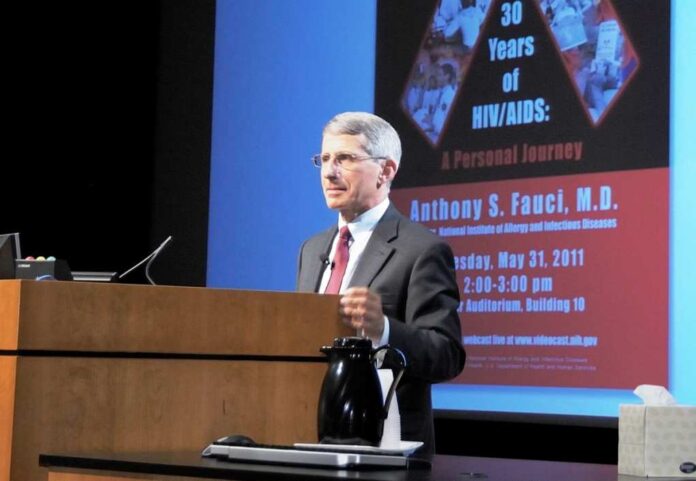 America was lied to, there’s little debate about that. Most recently we’ve been lied to extensively about the origins of the CoVID-19 virus and who may or may not have intentionally engineered the virus and with what money they conducted their research.

The unknown number of lives lost and countless more whose livelihoods were disrupted demand that if the cause of this virus was intentional, someone needs to pay. That universal truth could be the cause of the massive shuffle to cover up what happened in 2019 and 2020 that lead to death, destruction, economic collapse, and a whole generation of kids marred for life.

But none of the outrage being felt by Americans is worth anything unless it’s pointed at the right place, and while we all think we know which Italian doctor and head of the National Institute for Health is to blame, there needs to be proof for there to be retribution.

So before we list who we think is to blame and why we think it’s Dr. Anthony Fauci, five Senate Republicans have gone out of their way to make sure that the leaders of the Department of Health and Human Services and the National Institutes of Health hand over records related to the origins of COVID-19 and China’s Wuhan Institute of Virology following recent revelations within heavily-redacted emails from Fauci.

The ranking member on the Permanent Subcommittee on Investigations, Sen. Ron Johnson along with Sens. Josh Hawley, James Lankford, Rand Paul, and Rick Scott, sent a letter that was obtained by the Examiner to HHS Secretary Xavier Becerra and NIH Director Francis Collins on Monday where the Senate Homeland Security and Governmental Affairs Committee members wrote they wanted answers about NIH’s “handling of the COVID-19 pandemic.”

“The recent release of approximately 4,000 pages of NIH email communications and other documents from early 2020 has raised serious questions about NIH’s handling of COVID-19,” the GOP letter said. “Between June 1 and June 4, 2021, the news media and public interest groups released approximately 4,000 pages of NIH emails and other documents these organizations received through Freedom of Information Act requests. These documents, though heavily redacted, have shed new light on NIH’s awareness of the virus’ origins in the early stages of the COVID19 pandemic.”

Maybe you’re thinking that we should let bygones be bygones, the past is in the past, and we just want to move forward. But the trouble is that of the plethora of possibilities that could have prompted, promoted, or covered up potential remedies for the COVID-19 virus, many (if not most) contain an element of self-gain.

For instance, if, as many suspect, Fauci funneled United States taxpayer dollars to the Wuhan lab to help research this virus, we might need to know why, and if so, why did he lied about it? If he didn’t know, and it was all a big mistake, we might want to know why during the height of the pandemic certain medicines were discouraged that have now been found to give some patients a 200% increased chance of survival. Was that politically motivated? Was someone getting a kickback from pharmaceutical companies? Who holds the patens on the other medicines used?

And these are just the tamest of theories that have American voters asking why there isn’t more accountability within our NIH, CDC, and FDA.

Perhaps it’s all nothing. No one covered anything up, no one pushed the narrative in any direction to make any money. Maybe everything was exactly as it seemed; one big unfortunate event that comes around every hundred years or so, we don’t know. But what we do know is that people will do as much as we let them get away with, and if someone did let people die for personal gain, that has to be punished, or the next person will let more people die.