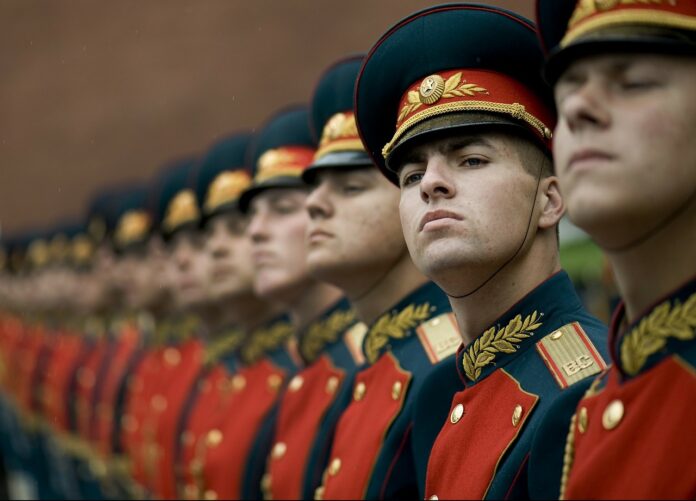 From a nondescript cement building in St. Petersburg, Russia, hundreds of Russian internet trolls are paid by the Russian government to spread misinformation and push Russia’s agenda.

Internet trolls like those used by the Russian government are used to support the government’s propaganda and attack free and open rival nations such as the United States and the United Kingdom to attack their institutions, divide members of society, and sow violence and chaos.

One Russian troll is now speaking out. He says the pay is good, but the work is demanding.

This Russian troll reports that he worked an eleven-hour shift every day posting up to 120 comments a day.

The Russian troll says he posted in chat rooms, on websites, and engaged with social media profiles of Russian-language news outlets such as the United States’ state-funded Russian-language media platform, RFE/RL Russian Service, and independent newspapers such as Novaya Gazeta.

“There were people who really flew at [the work] with enthusiasm, and then some who came to work just realizing that all they were doing was nonsense,” said Russian troll Sergei K., a former employee of the Russian troll factory.

The “troll factory” used to be named the Internet Research Agency and has become infamous for pushing out worldwide conspiracy theories, agenda-driven lies, and half-truths, trolling memes, misinformation, and other content that influences the social media conversation stream.

The troll factory became infamous internationally when in 2017 United States intelligence blamed it for interfering in the 2016 U.S. presidential election.

According to the U.S. Senate Intelligence Committee, Russian trolls at the Internet Research Agency were “masquerading as Americans,” with Russian operatives using “targeted advertisements, intentionally falsified news articles, self-generated content, and social media platform tools to interact with and attempt to deceive tens of millions of social media users in the United States.”

During the 2018 congressional midterm elections, the U.S. Cyber Command, one of the U.S. government’s key cyber agencies, reported that it knocked the “troll factory” offline thereby preempting any attempt at Russian election interference.

“You don’t just sit around gathering dust there; you bang on the keys, the same nonsense for 11 hours,” said the Russia troll.

The “troll factory” is still running today — though it has less influence than it used to now that countries like the United State who were once targeted have smarted up to the Russian troll factory’s tactics.

Social media corporations, too, have been better at identifying and banning Russian troll generated content. Though it sometimes seems with Big Tech that anything that Facebook and Twitter don’t like is deemed to be the work of a Russian troll.

According to insiders, the Russian “troll factory” has different departments, each with about 15 people and each of which deals with a different social media platform such as YouTube or Facebook, or Twitter.

One department was responsible for creating memes, which trolls would then publish in various places. On the other hand, another department has the job of making biographical databases of “political enemies” and then generating a list of targets to attack – such as media companies who oppose Russian-government propaganda.

“At first, when I got there, I didn’t quite believe that it was real at all. I had a kind of culture shock. Orwell described how it works. I thought it was a dystopia, but in fact, this is how it works,” said the Russian troll.

“Go to an RT group on any social network. Day after day, they’re fighting for Mother Russia. Under any news, whether it’s about missiles, or the United States, or Putin, they’re everywhere, like cockroaches,” adds the troll.