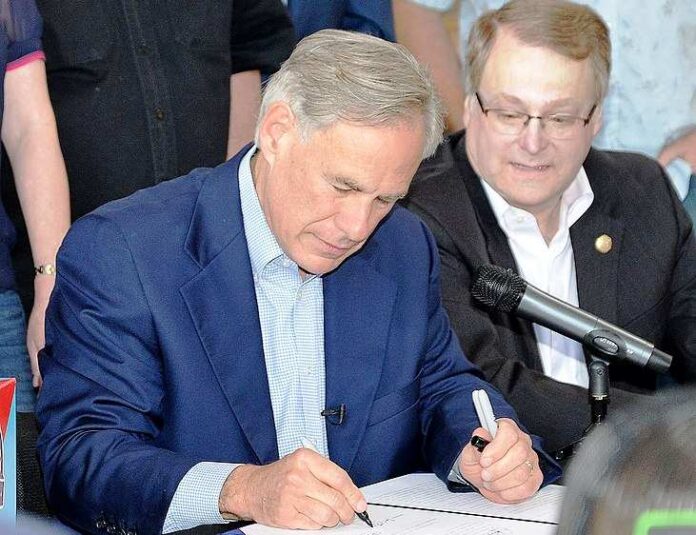 The whiney little Democrats acted like spoiled brats when they staged a walkout in the Texas House when they knew they were not going to be able to stop a piece of legislation from passing. Their childish attempt to force Governor Abbott’s hand landed them in deeper water when they forced him to follow through on a threat if they were to walk out of a vote.

The Democrats walked out of the House to keep a vote from taking place. They broke quorum, which kept the Republicans from passing election changes. The liberals do not want the laws to change because they know the loopholes to squeeze votes through. But once those laws changed, they will have to start all over and look for ways to cheat.

It all came down to which party would get what they wanted in the House. The Democrats did not have the votes to keep the laws from changing, so they acted like spoiled brats and darted out of the room. Governor Abbott had warned them that if they persisted in childish behavior, he would veto all funding for the legislature. The liberals gave up on working through difficulties and acted like children.

Abbott is the parent that will discipline the children so they learn that “Texans don’t run from a legislative fight, and they don’t walk away from unfinished business,” as Abbott would put it.

The Democrats’ discipline is that there will be no funding for them because they did not finish their work. Abbott was loud when he stated, “Funding should not be provided for those who quit their job early, leaving their state with unfinished business and exposing taxpayers to higher costs for an additional legislative session. I, therefore, object to and disapprove of these appropriations.”

No one will be paid because they did not show to vote no. The Democrats are sore losers. They must win at all costs, or they are not going to participate. These were the kids that were through the fit until their coach gave them a trophy to get them to quit whining.

The liberal’s inability to work well with others is going to affect everyone. All the staff and maintenance workers will not get paid until the lousy liberals show up to work and get things done.

The Democrats, of course, are not going to admit that the veto is their fault. But the truth of the matter is that had they just stayed and voted like ordinary people, Abbott would not have had to veto the funding bill. Chris Turner is the chair of the Democratic caucus, and he is already trying to pin the problem on Abbott.

He stated, “Texas has a governor, not a dictator or emperor. The tyrannical veto of the legislative branch is the latest indication that Governor Greg Abbott is simply out of control.” He may call Abbott a dictator, but his Democratic partners are nothing more than a bunch of babies crying because they did not get their way.

Turner cries that the standard of living will be affected by the veto. But he fails to mention that his beloved Democratic Party is hurting Texans more by not securing the election process. If he were so concerned about Texans, he would be sending every liberal in the House a letter telling them to stick around and vote.

Turner and his party should try learning that their actions affect other people. Abbott knows that the children need a steady hand to get their attention. And he has done just that. The Democrats now have to face late bills and put food on the table because they refused to work their shift. They are not just going to be paid because they were elected to their positions.

Abbott noted that “I expect legislators to have worked out their differences prior to arriving back at the Capitol so that they can hit the ground running to pass legislation related to these emergency items and other priority legislation. During the special session, we will continue to advance policies that put the people of Texas first.” The lesson he taught the liberals is about loving Texas, and now it is time for them to love the country.