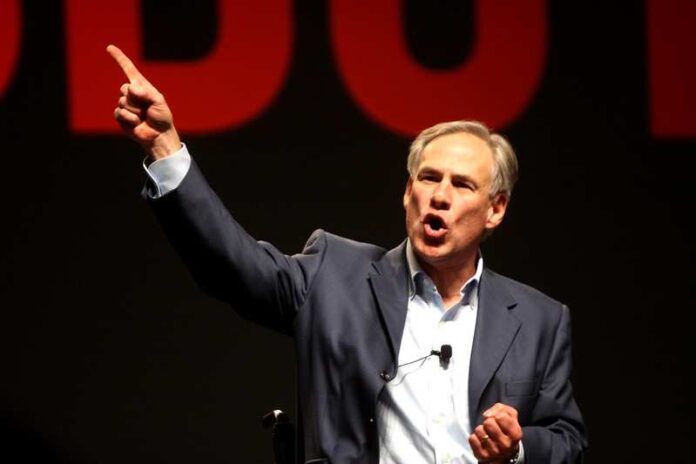 Have you noticed that the majority of mass shootings happen where people aren’t allowed to carry weapons? Additionally, they happen in liberal cities where they assume that the average citizen isn’t carrying.

Texas is about to put it to the test.

Governor Greg Abbott has decided to sign a bill that would allow permit-free gun carrying.

Essentially, anyone over the age of 21 will have the ability to carry a handgun in public without a license, without training, and without undergoing a background check to carry.

This leads to the debate of whether permit-free gun-carrying could end violence or jumpstart it.

Without a permit, people will have the ability to carry their guns in more places. If they see violence happening or if they are attacked, they have the necessary means to handle the situation.

Texas is going on the widely accepted assumption that criminals don’t follow gun control laws, anyway. Criminals will carry a gun whether they have a permit or not. They’ll obtain a gun whether they are legally entitled to or not. And, they’ll kill people without any regard to the fact that murder is against the law.

This isn’t a big surprise for Texas. The state already allows rifles to be carried openly without a license. It’s predominantly for hunting purposes – though there has been the occasional situation where a person used their openly carried rifle to foil a crime.

No one’s been abusing the open-carry for rifles. Therefore, it’s estimated that no one will be abusing it for carrying a handgun in public.

House Bill 1927 also expunges the past convictions of those who unlawfully carried a firearm. They’ll also be legally allowed to own a firearm once more. The law will go into effect on September 1.

Now, there are rules. Texas isn’t going to let just anyone carry a gun. If someone’s been convicted of a violent crime, they’re still prohibited from possessing a gun. However, a person would have to be convicted of another crime to identify it – background checks are not required for private gun sales. Therefore, a person selling a convict a gun would have no way of knowing their violent criminal past.

Most Texans and other supporters of the right to carry without a permit view it as “Constitutional Carry.” After all, aren’t we allowed the right to bear arms based on the Second Amendment?

Texas isn’t the only one to pass such laws. Many other states are stepping in with the hopes of ensuring that citizens hold onto their Second Amendment rights. Further, it can help to deter those who would consider committing a mass shooting in public.

Assuming that most people are carrying would be bad news for a criminal. As soon as they reach for a gun in order to do something nefarious, good Samaritans would have their guns locked and aimed at the criminal.

Of course, there are gun control groups that are ready to faint over this new bill. They have pointed to Texas’ recent history of mass shootings. One included a shooting at a Walmart in 2019 where 22 people were killed and over two dozen were wounded. Another involved a shooting at a high school in 2018 where 10 were killed. More recently, there was a shooting in downtown Austin that left 14 wounded.

Ahh, but don’t they see? Those people were criminals. They were going to commit the mass shooting whether the Constitutional carry law was in effect or not. Criminals don’t follow rules.

However, if more people were able to carry, they’d be able to defend themselves. A good Samaritan could have taken the shooter down within seconds, ensuring that no one had to die while it took time for the police to arrive on the scene.

Representative Veronica Escobar, a Democrat out of Texas, is upset because she feels as though Abbott has betrayed the people. She claimed that after the El Paso attack in 2019, Abbott promised that “he would take action against gun violence.” She says that he betrayed the victims and that it proves “he is neither a man of his word nor a leader with courage.”

She doesn’t get it. He did do something against gun violence – he gave citizens the ability to bear arms and fight back against criminals that don’t play by the rules.