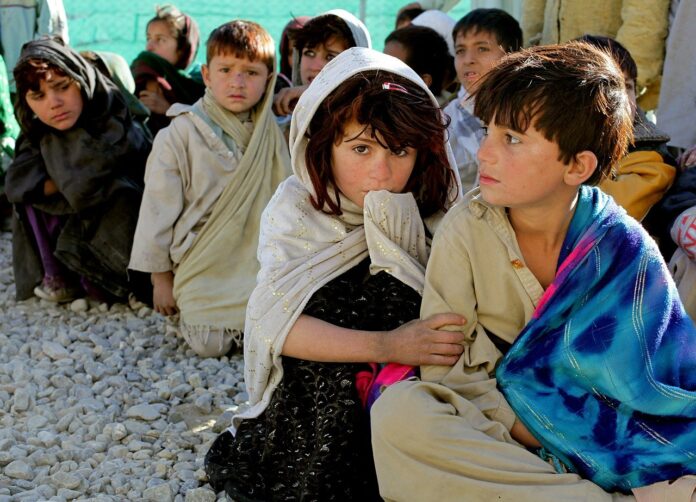 Remember when photos were leaked of immigrant children being held in cages near our southern border? The media and establishment left were quick to assume that President Donald Trump and his strict immigration policies had put the children in such horrible and inhumane circumstances. After all, Trump was our national leader at the time the pictures were taken note of.

However, although it was not nearly made so public, you will likely also remember that the pictures had actually been taken years later when Barack Obama was actually president.

Naturally, mainstream media had little to say about the reality of the pictures and instead either hide or ignore the facts, forever proclaiming that Trump was racist and promoting child abuse and neglect.

In reality, Trump ended the Obama-ere practice of separating children from their families in 2018 as part of his widespread immigration changes.

Of course, this did little good for the thousands of children who illegally cross the border every day without parental or adult supervision.

Newly-elected President Joe Biden promised he would solve any problems Trump’s policies had, though – naturally by eliminating them entirely and creating his own, better plans.

However, it seems that his plan involves once again separating children and placing them in a well-secured “facility” specially made for unaccompanied children.

According to CNN, a facility in Carrizo Springs, Texas, will soon be opening to house children who arrive at our border and can’t be fit elsewhere.

“The reopening of the facility comes amid an increase in apprehensions of unaccompanied children on the Southwest border, fueled in part by deteriorating conditions in Latin America and a perceived possible relaxation of enforcement, and reduced capacity limits at other facilities due to COVID-19.”

As the word “reopening” hints at, this facility was actually one used by Obama for the same kind of purposes and with disastrous results.

Senator Ted Cruz mentioned these results in a tweet on Wednesday, claiming that Biden’s new policy and the facility would usher in the same kind of problems that Obama’s immigration task force dealt with.

Now, you may think Cruz’s statement is a bit harsh, considering we really have no idea what the future will hold. However, we’ve seen policies like this before from Obama, and they didn’t exactly end well.

As the Washington Post reported way back in 2016, after studying the effects of Obama’s policies:

“The Office of Refugee Resettlement, an agency of the Department of Health and Human Services, failed to do proper background checks of adults who claimed the children, allowed sponsors to take custody of multiple unrelated children and regularly placed children in homes without visiting the locations.”

As you might assume, what happened to far too many of these children wasn’t the least bit positive.

An investigation into the matter began in 2016 when it was found that “several Guatemalan teens were found in a dilapidated trailer park near Marion, Ohio, where they were being held captive by traffickers and forced to work at a local egg farm,” The Post reported.

This prompted Republican Senator Rob Portman to get involved and begin to look for other similar cases, which he most certainly did.

But it appears, whatever was learned by Trump has quickly fallen through the cracks of Biden’s mind.

Then again, I’m sure he thinks everything Obama did was perfect, hence the near exact copying of nearly all of his policies and executive orders.

Of course, he’s also still sticking to the left-promoted story that Trump is a monster.

And so, he promised way back in October of 2020 that on day one of him being in office, he would put a task force in place whose sole task would be to reunite children and families who had once been separated “under the Trump-era policy.”

Yet, day one failed to report any such task force being created. It took him a full two weeks in office before this came about. Apparently, the killing of nearly 12,000 American jobs was more important than the consideration of these children and their families.

Only time will tell what Biden’s immigration policies will result in. However, if Obama’s policies are any indication, it’s not looking good for Biden.