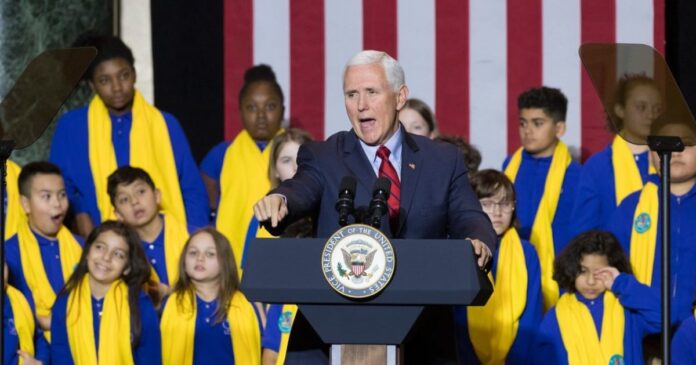 Former Vice President Mike Pence has announced that he will be working with The Heritage Foundation as he settles into life after the White House.

“Over the course of the past four years, our team at Heritage has worked closely with members of the Trump administration on a host of policy accomplishments,” said Heritage President Kay C. James in a statement provided to The Daily Wire.

“That’s why I am excited Vice President Mike Pence will join forces with Heritage to ensure we continue to advance conservative principles and policy solutions. His allegiance to the Constitution and commitment to advancing a conservative policy agenda make him an outstanding fit for The Heritage Foundation.”

The Heritage Foundation is a widely respected Washington think tank that has worked tirelessly to preserve the Christian heritage of this nation, influencing conservative politics since its inception in 1973.

According to The Daily Wire’s report, Pence looked to THF as part of his inspiration to create the Indiana Policy Review Foundation (IPR) in 1989 in his home state and lead as president from 1991 to 1993.

After moving to Washington D.C. as a congressman and later vice president, Pence continued to work with THF and others to support conservative causes in the Trump administration, including constitutionalist judicial appointments, pro-life policies, energy independence, tax cuts, support for law enforcement, and Middle East peace deals.

“I look forward to rolling up my sleeves and working with the all-star team at Heritage as we continue to take the case for a strong national defense, free markets and traditional values to policymakers across the Nation and to every American who cherishes our Heritage of Freedom,” the former vice president added.

Pence’s role with the foundation will consist of delivering a series of speeches as well as writing a monthly column for its publication, The Daily Signal. He will also be offering advice to the organization’s experts on public policy issues in the conservative movement.

“Mike Pence served with honor and excellence in his home state of Indiana as a congressman and as governor before becoming one of the most consequential vice presidents of our time,” Kay C. James said. “A man of faith, principle, and character, Vice President Pence is a heroic protector and defender of the Constitution and the values that unite us as a nation.”

“I am overjoyed that Heritage will continue to work alongside Vice President Pence as we have for the last 30 years. As much as we’ve accomplished in that time, especially over the last four years, there is so much more to be done. Knowing that Vice President Pence is still in the fight is an adrenaline shot for the entire conservative movement.”

The former vice president and his wife were the overtly Christian arm of the Trump administration, and many evangelicals were delighted to see Pence as part of the leadership of the executive branch.

THF’s dedication to preserving and protecting families and children is the natural extension of what Pence and the Trump administration worked to do when saving children from the bloody extermination of abortion and aggressive indoctrination with transgender studies in schools.