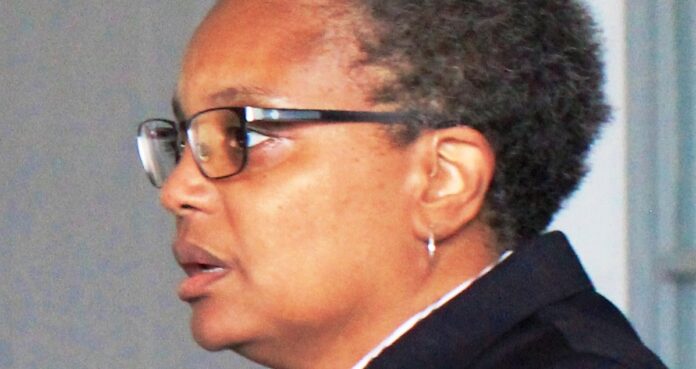 Mayors should be trying to outdo themselves to be the best. Not Democrats, though. Just when you thought Bill De Blasio of New York City was going to clinch the title for being the worst mayor, another one decides to give him a run for his money.

Mayor Lori Lightfoot of Chicago has shown that she’s inept. She’s completely incapable of doing her job because Americans are dying in her city.

Crime has been up. More specifically, violent crimes have been up. And they’ve been up for quite some time. Yet, she continues to run the city without making any major changes.

Over the weekend, 14 people were shot. There was one fatality.

It all happened at a hotel in Bloomingdale. According to Frank Giammarese, the Public Safety Director, there were several different groups attending events at the hotel.

That’s when the shooting took place.

Now, we’re in the middle of a pandemic. Most cities have closed off events that involve gatherings of more than 10. Yet, in Lightfoot’s city, there were multiple events going on at one hotel.

There’s also the fact that there are now over a dozen people with gunshot wounds. Clearly, Lightfoot is not only allowing the pandemic to run rampant, but she also isn’t doing anything to focus on gun control.

January 2021 homicides have hit a four-year high in Chicago. She hasn’t even been on the job for two years. Yet, she’s managed to make the city worse.

The 14 people shot are only the most recent ones that have happened.

In the month of January, there were 51 homicides in the city – and who knows how many people were injured along the way.

Not Bill De Blasio of New York. He’s managed to keep infections high and crime rates high. As for educating, the school system has become a joke as schools have had to open and close at his will. Meanwhile, the curriculum is constantly changing as various administrators want to erase American history in an effort to eliminate systemic racism in the country.

Lori Lightfoot is apparently not one to be outdone. She wants to run Chicago into the same hellhole that New York is sitting in. It appears that she’s ripped a few pages directly from his playbook. She sits back and watches the crime rates skyrocket without doing anything to make changes.

Instead of helping the police officers do their jobs, she’s tying their hands behind their backs, just like De Blasio has done. After all, wouldn’t it be better if people don’t have to worry about the cops? Police departments are being defunded and officers are being blamed if they have to shoot a criminal for breaking the law.

It’s turned Chicago into a free-for-all of violence. Yet, the liberals continue to believe that guns are the problem, not the people. They believe that if the police didn’t exist, there would be fewer murders. Well, those in Chicago are learning that liberals have been lying.

The police are there to serve and protect.

Meanwhile, if Lightfoot would stop trying to one-up De Blasio for the title of worst mayor, she might actually be able to get things done. Crime rates could actually go down.

Could the Democrats have one decent role model to look at in terms of how to run a city properly? Oh, wait. They could look at some of the well-run Republican cities around the country…