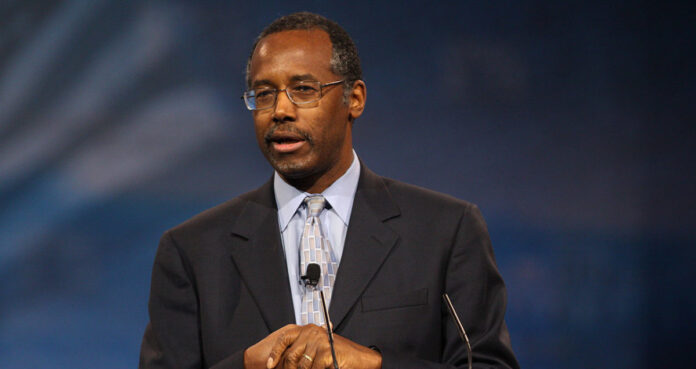 The Democratic Party has been overstepping its boundaries for a while now. We’ve got a president who thinks that it’s okay to use executive orders to “fix” problems from the previous presidency. We have a House and Senate led by Democrats who think that they can bully their way into getting the majority and winning every vote.

What happens when DC oversteps and yields too much power? Who will be there to warn of their overstepping and make sure they take a step back?

Ben Carson may be up for the challenge.

Carson, who was once a GOP presidential primary candidate and who served as the former U.S. Secretary of Housing and Urban Development, is launching a conservative think tank.

The goal of the think tank is to preserve “individual and religious liberty.”

Identified as the American Cornerstone Institute (ACI), it will be a way to establish “common-sense solutions.”

Carson has said that the four years he spent overseeing HUD taught him that when both parties work together, it’s possible to make the American Dream attainable for all. However, there has to be both mutual understanding and collaboration.

Today I am proud to announce the launch of my new think tank, The American Cornerstone Institute.
Please follow along @ACI1776 and visit our website at https://t.co/vBCIhB0jU1

Nancy Pelosi, the Speaker of the House, has proven that collaboration isn’t on her agenda. She has pushed her thinking to the extreme left. A mutual understanding is unachievable.

Where does that leave the country if there are too many liberal leaders who think that they have the right to overstep and lead the country down a dangerous path?

That’s what the think tank is for. Carson believes that the nonprofit conservative think tank can address some of the biggest problems in the nation. He hopes that it will help local governments to engage so that solutions can be found.

Carson explains that not only will it work to find solutions to the nation’s problems, but it will also serve as a check on political power.

Carson is well aware of what’s going on in DC. He has his finger on the pulse and sees the dangers brewing. When local communities can solve many of their own problems, it will remind “the powers that be” that they’re able to govern their own affairs.

The Biden-Harris administration will have to start looking at ways to solve the nation’s problems. It cannot and should not be continuously addressed by executive orders. No one man should make the decisions for all.

In the vision statement on the think tank’s website, there is also an affirmation that they’re not afraid to challenge conventional or prevailing groupthink. Further, they’ll be ready to push back against the “lies and distortion” that often targets some of the conservative ideas.

Essentially, the think tank is a way to ensure that conservative ideas are created, shared, and put into motion. The liberals have the power – and they have too much of it. They’re not interested in collaborating. Any conservative idea that is shared is often distorted to help the liberals shoot it down.

Finally, there’s someone who is willing to push back against the broken system. The liberals cannot make all of the changes and make all of the decisions. Conservative solutions can solve problems, and the think tank will prove it.