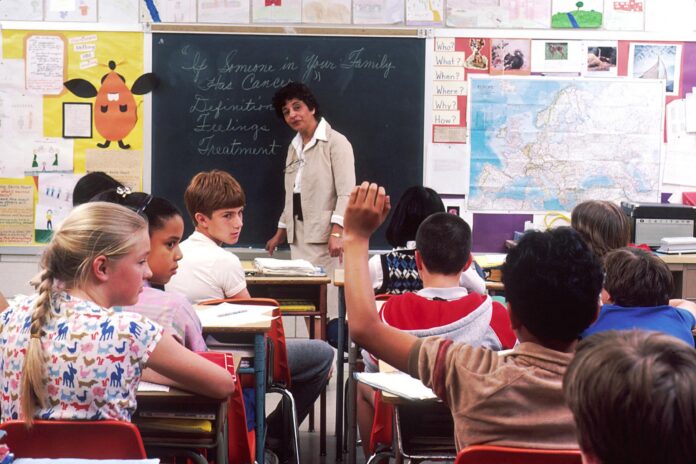 Alison Collins is the Vice President of the San Francisco Board of Education. You would think that she would have some level of sense, right? Of course, we do have to bear the city that she works for in mind. San Francisco is not exactly known for its logical thinking. If she has her way, one of the most insane changes that we have ever heard of for a school system is about to take place.

San Francisco’s most prestigious high school, Lowell High School, typically relied on standardized testing during the admissions process. This seems simple enough, right? The average child needs to be able to display their aptitude before a school of this magnitude can determine whether they are gifted enough to attend.

Otherwise, there isn’t much that can be done. Parents cannot be trusted to make these decisions. Every parent thinks that they have a gifted child and that’s understandable. That’s why schools are supposed to step in with a plan of their own. Collins has decided that this top-performing high school needs a sudden change.

The current student body is mostly white and Asian. If she has her way, the good old days of meritocracy are going to be over for good. A lottery system would be used to decide on admissions and this is utterly insane. How can anyone be okay with this? It’s nuts to even bring up but Collins doesn’t seem to get as much push back on the idea as we would have thought.

“For decades Lowell High School — one of the top-performing public schools in the country — has been considered a point of pride for the district and the city, something of a private school experience at a public school price. But the school has come under fire in recent years for its lack of diversity and instances of racism as the country faces a racial reckoning with the past…”

Asian American students represent 51% of enrollment at Lowell, compared to 29% districtwide,” recent reports indicate. In case you are wondering if this is a new development, Collins has been talking like this since back in October. She’s lost her mind and she doesn’t care who knows it. It’s sad to watch, though.

“When we talk about merit, meritocracy and especially meritocracy based on standardized testing. I’m just going to say it, in this day and age we cannot mince words. Those are racist systems,” she said back in October. There you have it, folks. Anyone who is in favor of allowing the smartest kids to go to the best schools is a racist.

That was not all, either. Collins went on to say even more. “If you’re going to say that merit is, like, fair, it’s the antithesis of fair, and it’s the antithesis of just. And so, you can’t use equity. You can’t talk about social justice and then say you want to have a selective school that keeps certain kids out of the neighborhoods that you think are dangerous. That’s all kind of Trumpian language,” she continued.

The left will use anything that happens as an excuse to demonize Trump and it’s so funny to witness. If only the fate of the San Francisco area school children was not at stake, we would laugh even harder. Collins seems to be adhering to the teachings of author Ibram Kendi, who says that you are either racist or anti-racist. There is no middle ground.

When there is no middle ground, these are the issues that are going to take place. Children who get good grades work hard and apply themselves. This is not something that happens just because. Collins is not thinking of the potential backlash that she is inviting with this idea. Marginal students getting undeserved placements in high-quality schools is not something that any of us should be rooting for.