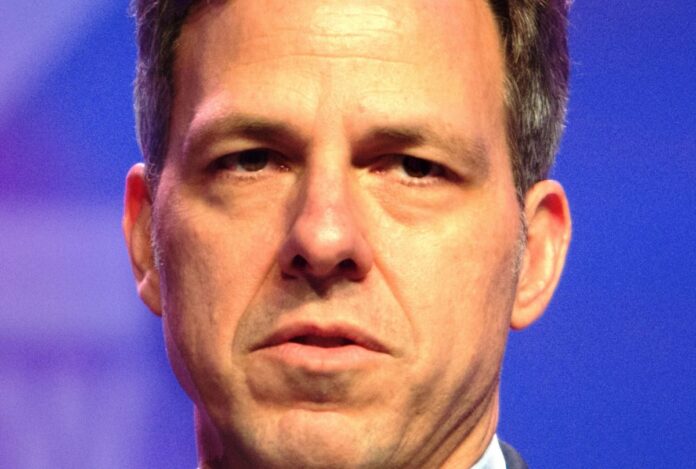 CNN does not care if they are being the least bit logical anymore, near as we can tell. They have become the preferred news network for those who do not care about factual information. CNN’s “State of the Union” anchor Jake Tapper may have said the most insane thing yet and we are just surprised it took them this long to get here.

They were the ones who refused to shut up about the Russian collusion lies, too. That’s why no one is shocked by this latest bit of stupidity. The Democratic voter fraud that everyone has clear evidence of is not to be discussed, ever. The Russian conspiracy theory had to be discussed every single day, though.

CNN’s @jaketapper: “If there is no accountability and no attempt by the Republican Party to stop these insane lies that have taken root in their party… This is not going to be the end of MAGA terrorism, this will only be the beginning.” #CNNSOTU pic.twitter.com/pL36IKiEZL

“If there is no accountability and no attempt by the Republican Party to stop these insane lies that have taken root in their party… This is not going to be the end of MAGA terrorism, this will only be the beginning,” said Tapper. Did Tapper have anything to say about all of the domestic terrorism that has taken place over the course of the past year?

No, he did not. Like every other CNN anchor, he hid behind all sorts of flowery buzzwords like the coward that he is. The good folks at Antifa and BLM were marching in the streets last night, causing all sorts of mayhem and calling for everything to be burnt down. Tapper does not have a problem with any of these folks.

Democrat representative Maxine Waters is well known for her poisonous rhetoric and she never misses a chance to try and stick it to the Republicans. Does Tapper ever take her to task in this way? That would be too easy (and too consistent). Instead, he looks the other way and hopes that no one is willing to point out the blatant hypocrisy.

In case anyone needed a reminder of how full of it these people are, we are here to provide one. The credit has to go to Curtis Houck, though. He’s the one who is speaking truth to power. “The same Maxine Waters that went on Joy Reid’s show to offer a venomous screed about how Republicans exist to threaten her life said this, calling for harassment and violence against Trump officials in June 2018. It’s safe to say Joy Reid also supported that,” he tweeted.

CNN also encouraged the Russian collusion narrative to a dangerous extent, creating the circumstances that led to the near-death of a GOP representative. Remember when a baseball field was shot up by one of these nut jobs? These are the stories that CNN is never willing to tell but they need to be mentioned anyway.

Without brave patriots who are still ready to tell these stories, they would be swept under the rug entirely. CNN certainly has no interest in telling them and Jake Tapper is leading that charge of purposeful ignorance. They don’t want to know what is really going on because then they might be forced to report on it.

Anyone who voted for Trump is now considered a terrorist in their eyes but those who commit actual acts of domestic terrorism are good to go. This is the CNN philosophy and anyone who thinks otherwise is more than welcome to explain how we are in the wrong. Silly us, we thought that major news networks were capable of giving the story without all of the spins.

CNN has to keep up these attacks to maintain any sort of viewer base at this point. If they suddenly pivoted to factual reporting, their audience would flee overnight. They’re not there to learn more about what is actually going on. They want their own narratives spoon-fed back to them and that is all that they care about. Their intentions have been laid out for the world to see and it is time for a news network that is willing to tell the truth all of the time.