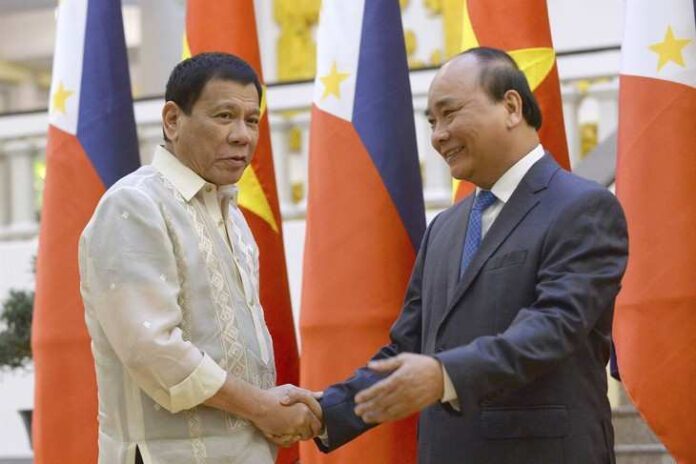 What’s the first thing that they tell you when you’re on a plane during the safety briefing? You secure your air mask before securing the masks of those around you. It’s a way to ensure your survival. Steady yourself so you can help others.

You have to prioritize yourself. America first, others second.

Biden’s America doesn’t think that way. The liberal administration has proven that they’ll put literally everyone in front of Americans – and it’s getting tiring.

In walks Vietnam. They’ve been boasting a Vietnam-first trade policy that looks a lot better than what the Democratic Party has us dealing with in the United States.

Trump was the first to expose some of the unfair and very un-free “free trade” that the U.S. government has been subjecting Americans to for decades.

Thanks to globalist corporations, we’ve been taking an “America Last” approach to our trade policy – and it’s just not right.

Nations have limited what we’re able to send them. And, with tariffs, it made it that much harder to send to certain nations. For companies just starting to grow globally, it was crippling.

Meanwhile, the U.S. has allowed other nations to sell to us – and we’ve even subsidized those sells.

Wait…wait…how is any of that fair to us as Americans? We have to buy from other nations and we can’t even sell to those other nations. Our own government is undercutting us.

Why? Well, those other nations are not as fortunate as we are, so they wanted to help them by offering them incredible trade deals.

Yikes. Luckily, we had former President Trump shine a light on it all so that we could see what’s going on. Now, we’re smarter for it and have the sense to ask questions.

Vietnam has seen how Americans have suffered. They’ve seen what happens when a country puts everyone else first. They decided that they were not going to make the same mistakes as the U.S. – and they have a trade policy that shouts that they have put themselves first.

One of the reasons Vietnam has taken this approach is after an anti-dumping investigation with Thailand. Subsidized sugar shipments from Thailand were on the rise – and importing the 1 million tons of sugar was undermining their domestic sugar industry.

Shouldn’t Vietnam be getting sugar from Vietnam? There’s no need to involve Thailand in getting imported sugar when their needs can be met from within the country’s borders.

With the subsidies being offered by the Thai government, Vietnamese farmers couldn’t compete. The sugar was simply cheaper coming from Thailand.

Vietnam solved that problem by adding massive tariffs to the Thai sugar. Even with offering subsidies from the Thai government, they allowed Vietnamese farmers to get back into the competition.

Essentially, the Vietnamese government looked out for their own.

Now, both Thailand and Vietnam could choose to not engage in un-free trade activity. It would be better for everyone involved. However, knowing that there are always going to be subsidies and tariffs involved, Vietnam chose to look out for itself.

What if the U.S. stopped offering subsidies on American items being shipped to foreign nations? What if they started imposing tariffs on more items coming into the U.S.? It would allow farmers and manufacturers to turn a better profit and globalize their businesses. It would also allow consumers to have more American-made products that are more affordable and support the local economies throughout the country.

Vietnam made the decision to put Vietnam first.

Trump tried to put America first and Democrats lost their minds. It’s because too many of the swampy liberals were lining their pockets with the dirty money that came from all of those un-free trade activities.

Biden’s ready to put America last again. He’s putting us last when it comes to migration, so we can’t be surprised that he’s doing the same with trade policies.