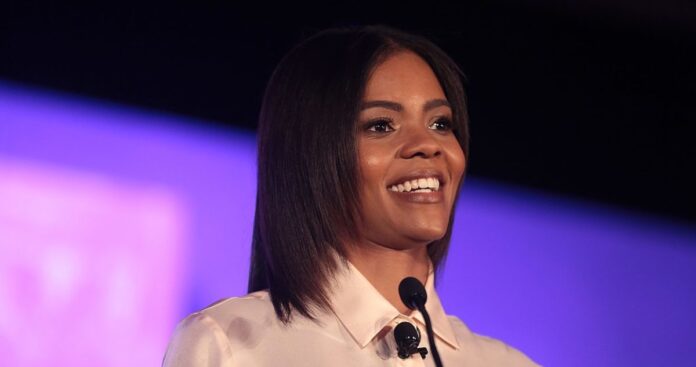 BLEXIT co-founder Candace Owens announced on Twitter that she was contemplating running for president in the next election.

I love America. Thinking about running for President.

The conservative writer and commentator will turn 32 in April 2021 and would technically meet the age requirement to run for president in 2024.

The Connecticut native studied journalism at the University of Rhode Island but left before completing her degree. She soon rose to online prominence with her opposition to cyberbullying and her vocal political commentary.

Owens has had many high profile tiffs with other political figures.

In December, after Alexandria Ocasio-Cortez claimed Republicans would likely be left “crying in the walk-in fridge” if they ever worked a restaurant job, Owens slammed her as a “spoiled rotten brat.”

“Republicans like to make fun of the fact that I used to be a waitress, but we all know if they ever had to do a double they’d be the ones found crying in the walk-in fridge halfway through their first shift bc someone yelled at them for bringing seltzer when they wanted sparkling,” AOC tweeted.

“I used to be a waitress and I worked multiple doubles,” Owens shot back. “I am laughing out loud at how much of a coastal elitist you have to be to view that as the definition of a hard day at work. Please get on a plane and see the rest of the world (or country) you spoiled rotten brat.”

More recently the conservative commentator attacked Ocasio-Cortez in a string of tweets, accusing the Democratic lawmaker of faking her own attempted murder.

“On a day in which #AlexandriaOcasioSmollett is trending, please never forget the time that @AOC staged a photo shoot dressed in all white at a parking lot to spread lies about immigrant children in cages,” Owens wrote.

“Faking her own attempted murder was the next logical step.”

In 2019, Owens offered up some clues to what might be her presidential platform.

If I were President, the punishment for burning the U.S flag would be the renunciation of citizenship.
No jail time, no fine— simply one year to liquidate your assets and get the hell out of our country.

In exchange, we’d extend citizenship to a hardworking LEGAL immigrant.

“If I were President, the punishment for burning the U.S flag would be the renunciation of citizenship. No jail time, no fine— simply one year to liquidate your assets and get the hell out of our country. In exchange, we’d extend citizenship to a hardworking LEGAL immigrant,” she tweeted at the time. In November she again mentioned a potential bid for the White House.

“2024 is a long way off… Maybe I’ll run as his successor,” she tweeted in reference to former President Donald Trump.

2024 is a long way off…
Maybe I’ll run as his successor. https://t.co/GviudBTDeZ

Law Officer reported that many on Twitter were excited that Owens may possibly campaign.

Owens said it was Obama who ruined America, not the other way around. “It felt like we finally had arrived at a place in this country where we could put the past in the past,” she said according to Fox News.

“Barack Obama became the president of the United States because White Americans supported him. And rather than show some unity, rather than show some respect for this country that gave him literally everything he has, he turns his back … and says, ‘Look at this despicable country. It’s broken.’”

“He is the first president that has ever sat in the White House and come out … hating America,” she said.

However, the other side was also well represented:

“Oh, dear sweet Jesus,” said another user. “No, just no. I know something is significantly wrong with you when my racist, FOX News guzzling mother thinks you’re great. This means run, don’t walk away from Candace Owens.”