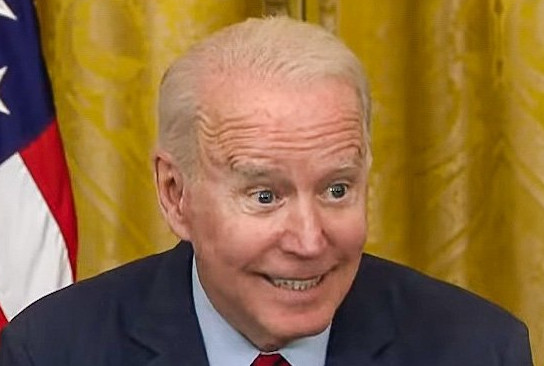 Iran-backed militias have been attacked in the Iraq-Syria border region, thanks to airstrikes that were ordered by none other than Sleepy Joe himself. In case you think that we are pulling this out of thin air, here is an official statement from the Pentagon about the matter:

The strikes that were ordered by Biden were designed to target operational and weapons storage facilities at two locations in Syria and one location in Iraq. These locations are all located in the aforementioned border region between the two countries. A wide range of Iran-backed militia groups use these facilities.

Kata’ib Hezbollah and Kata’ib Sayyid al-Shuhada are chief among them. “Given the ongoing series of attacks by Iran-backed groups targeting U.S. interests in Iraq, the President directed further military action to disrupt and deter such attacks. We are in Iraq at the invitation of the Government of Iraq for the sole purpose of assisting the Iraqi Security Forces in their efforts to defeat ISIS. The United States took necessary, appropriate, and deliberate action designed to limit the risk of escalation – but also to send a clear and unambiguous deterrent message,” Kirby continued.

This story continues to develop. We are anxious to see what happens next but in the meantime? This feels a lot like a distraction. Remember when Trump was in office and every single move that he made was supposed to be serving as a diversionary tactic? The same mainstream media that could never shut up about any of this is now turning a blind eye to Biden’s ridiculousness.

It is high time that America started to withdraw all of the troops from this region. Instead, Biden is instigating more violence and making this close to impossible. This is the same man who claims that we can start to remove the troops but then he goes and does something like this.

Biden talks out of both sides of his mouth. Anyone who has not noticed this is deluding themselves. We are willing to bet that Joe did not even bother to get the proper approvals before he pulled this stunt. To make matters even worse, Biden cannot even explain himself. The deep state does what they want and they do not care who knows it.

At this point, they are doing everything short of daring conservatives to stand up and say something. The irony here is that Biden has tried his best to present himself to the world as the anti-Trump but now he’s trying (and failing) to walk in his footsteps. When Trump tried to tame the Middle East, he had actual plans and he carried them out. He was not flailing at random like Biden does.

Biden should stick to pandering to the liberals because being a war hawk is not becoming of him. Then again, there is a good chance that he was talked into serving as the figurehead for this attack. We would say that it is an even-money bet that he never even knew it was going down. He just presented himself as the scapegoat after the fact.

At this point, that’s about all he can do. Shoot, you could tell us that Jill is the one who signed the order and we would be willing to believe that. The simple fact remains that this administration is running scared. These are the types of things that happen when a president is nervous. Sadly, even the Pentagon is in on these delusions and there is no end in sight to the insanity. In the meantime, we remain skeptical….