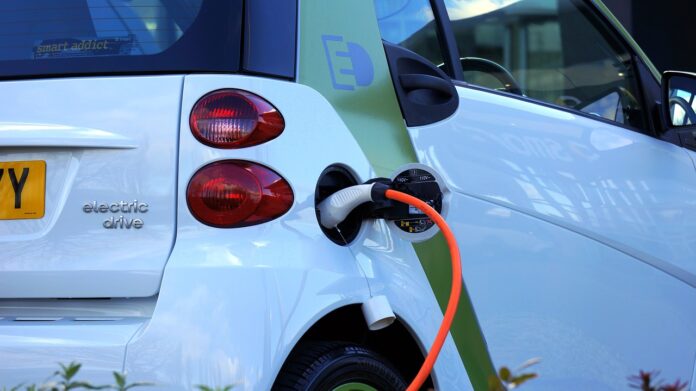 I recently saw a cartoon depicting an electric vehicle plugged into an outlet, which was attached to a power pole, which was attached to a coal-fired generator belching smoke in the distance. The artist’s point was that electric cars still use fossil fuels, and still impact the environment in much the same way as gasoline-powered cars. The cartoon was an oversimplification, but its message was clear, albeit not exactly factual.

It is true that your average American doesn’t question the source of electricity. In fact, most Americans see the electricity supplied to their homes as a “Clean” energy source. It’s too much a part of everyday life. It’s always there when we need it, and we can’t smell the smoke or see the carbon building up around our outlets. There’s no smoke belching from a smokestack on top of our homes. The effects of power generation almost seem foreign to us. A problem for third world countries to worry about. Generally, we believe the switch to electric vehicles will be a boon for the environment. After all, electricity is a clean energy source.

Most Americans will tell you that electric vehicles are the future, as they use less energy, can be powered from renewable sources, and they produce “Zero emissions”. The problem is, although the cars themselves can use the sales-driving buzzwords “Zero emissions”, the source of that power cannot.

The United States uses an abundance of resources to produce power. There’s renewable energy, of course, but it only accounts for a mere 17% of the power we generate across this great nation. The remaining power is created by nuclear power plants, coal, natural gas, and petroleum.

Those readers not old enough to remember Chernobyl or 3 Mile Island, need only to look to the Fukushima-Daiichi disaster of 2011 to see how dangerous nuclear power can be. On March 11, 2011, a magnitude 9.0 earthquake and the resulting tsunami devastated the power plant, causing a triple meltdown. The reactor has been leaking radiation ever since and radioactive water used to cool the damaged powerplant is leaking into the Pacific ocean as I type this, all these years later. The scope of the environmental impact is still playing out.

Although most of us aren’t aware of it, if you live on the East coast of the United States, you probably live near a nuclear reactor. There’s nothing to worry about though, they’re all new, safe, state of the art, pristine facilities, right?

The average age of a reactor in the US is 38 years old and was originally based on the latest computer technology available – in the mid-1980s. There have been computer upgrades and improvements over the years, but this comes with little reassurance considering the number of reactors that are currently leaking in the United States.

Approximately 75% of nuclear reactors in the United States have been found to be leaking some amount of radiation into the atmosphere and surrounding environment. Most commonly, it’s found in bodies of water, and often times makes its way into your drinking water. But hey, at least your car isn’t producing any carbon monoxide.

If you live on the west coast, you’re probably safe from that nuclear mess though, right? Well, no. The west coast does have more natural gas and coal-fired power plants though. Natural gas emits almost half of the contaminants responsible for global warming as does coal, although that’s not exactly an endorsement, considering how filthy coal is. Coal-burning power plants emit large amounts of carbon dioxide every day, along with a few metals like mercury, lead, and arsenic. None of it is good.

Add in the cost and effects of mining coal or fracking for the natural gas needed to power the generator to produce the electricity needed for your little plug-in jalopy, and we’re almost better off with gasoline. Not quite, but almost.

The rest of the equation comes from mining the materials for the car itself, most notably, the batteries. Cobalt and lithium are needed for the most common types. Both cobalt and lithium mining can cause significant damage to the environment on their own, again, most commonly in waterways. Neither are considered sustainable. Used batteries made from these materials are an environmental nightmare we’ll need to deal with down the road.

I’m not against progress or building a better mousetrap, but it seems to me that electric cars simply do a better job of hiding their carbon footprint than combustion engines do. As the major manufacturers dive headlong into the promise of the “Cleaner” electric vehicle, Americans should be looking at the effects we’ll all have to come to terms with in the future. Meanwhile, the government keeps kicking that can further down the road.