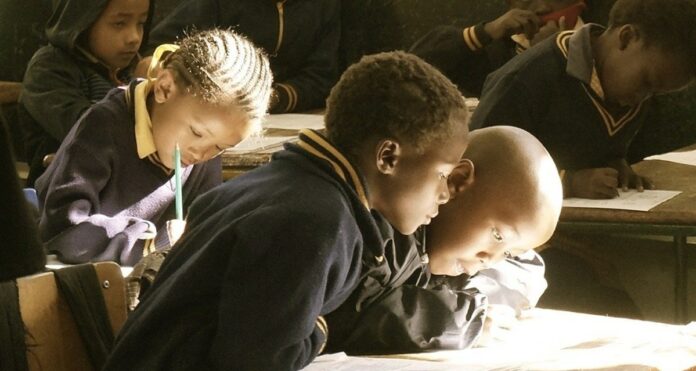 Alexander works as a grassroots organizer and Regional Director at the BLEXIT Foundation and had some harsh words for the education system and how they treat people the children of America today, essentially accusing the government of prioritizing indoctrination over education and political advancement over education.

“Our public school system, increasingly controlled by ideologues, invites student indoctrination to go unchallenged,” Alexander said. He went on to support his thesis by citing a 1965 decision to enact the Elementary and Secondary Education Act. According to Alexander “This was one of the worst policy decisions the federal government has ever enacted, even by 2021 standards.”

“Federalizing education stripped away parents rights in deciding what information their children could and couldn’t be exposed to – lessons on abortion and drag queens in the second grade, as example.”

According to the grassroots organizer, the public school system has become an “echo chamber” for “age-inappropriate lessons” among other things.

“Defined by the lack of ability to hear opposing narratives that threaten the already accepted majority idea, an echo chamber is precisely what students in today’s public school environment are locked into.”

“Those parents wishing to have their children master geography, logic, or even technology are instead stuck with schools that place an outsized focus on the supposed “systemic racism,”  or how BLM is a movement that has created “space for black and brown people,” or the evils of non-state sanctioned religion (science or woke-ism are the state-sanctioned religions I’m speaking of).

Alexander outlined the danger of focusing on racial inequality and other social justice centric issues, asking “How does it benefit to teaching black students that the world is stacked against them, or that people will do anything to see them fail, no matter how brilliant or capable they are? The answer is that it doesn’t. This type of rhetoric causes even the highest academic achievers to question their own abilities and to second guess their every move.

“The test wasn’t made for people like me, that’s how white people talk, or I just can’t do it simply put are the many excuses black students in public education get away with on a daily basis because when everyone is lumped into the same boat, who has time to give a student the specialized education they need? It’s easier to write off a lack of effort and proper preparation with the tried and true tag of racism.

Alexander posed a powerful question when he asked, “If we are truly capable of being anything that we want to be, why are our students all pressed down the road of government-mandated conformity?

“Every parent should be afforded the opportunity to make the choices that work for them, opposed to being forced to subsidize failing schools to the detriment of their kids.

“No two children are exactly the same. Even with siblings that grow up in the same home, we see that their perceptions and experiences are vastly different, the same can be said about students in school… The important factor to keep in mind is the option parents elect to make in weighing their individual needs when making a decision on what will most favorably influence their child’s educational goals.”

Aaron Alexander is a grassroots organizer and Regional Director at the BLEXIT Foundation who works with minority communities and youth to develop professional skills and to educate them on American history, entrepreneurship as a key to avoid government dependency, and alternative educational opportunities to public schooling.

Aaron serves as Education First Alliance’s Program Director.  Aaron was a double major in psychology and philosophy at the University of North Carolina in Charlotte.