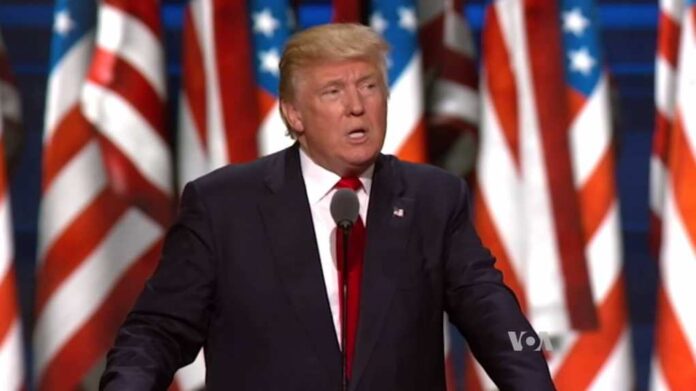 Former New York Mayor and personal lawyer for former President Trump, Rudy Giuliani, has had his law license revoked with a unanimous vote by the New York Supreme Court. President Trump has released a statement in strong support of Giuliani.

The statement from the former president declared that the court stripped Giuliani of his law license because of his challenge of the “fraudulent” election. Trump once again echoed his claim that the 2020 presidential election was stolen.

“Can you believe that New York wants to strip Rudy Giuliani, a great American Patriot, of his law license because he has been fighting what has already been proven to be a Fraudulent Election,” a portion of the statement from Trump read.

Trump also had this to say about his loyal friend, “The greatest Mayor in the history of New York City, the Eliot Ness of his generation, one of the greatest crime fighters our Country has ever known, and this is what the Radical Left does to him.”

Ness was a crime fighter who was part of a nine-man squad of special agents who went up against mobster Al Capone’s Chicago network of gangsters in the 1920s.

President Trump called on his supporters to “take back America” and called out the “Radical Left” in his statement: “All of New York is out of control, crime is at an all-time high—it’s nothing but a Witch Hunt, and they should be ashamed of themselves. TAKE BACK AMERICA.”

The decision from the New York Supreme Court was 5-0, the appellate division ruled that Giuliani “made knowingly false and misleading factual statements to support his claim that the presidential election was stolen from” Trump and that those statements “threaten the public interest and warrant interim suspension from the practice of law.”

A bench of five judges ruled that they found  “uncontroverted evidence” that Giuliani made “demonstrably false and misleading” statements about last year’s election.

“These false statements were made to improperly bolster respondent’s narrative that due to widespread voter fraud, victory in the 2020 United States presidential election was stolen from his client,” the ruling said.

The Supreme Court maintained that some of the false claims Giuliani made, included his allegations that 8,021 to 30,000 dead people voted in Philadelphia. The court also revealed Giuliani’s repeated false statements about the Dominion Voting Systems and claims that felons, underage voters, and dead people voted in Georgia.

“We conclude that respondent’s conduct immediately threatens the public interest and warrants interim suspension from the practice of law, pending further proceedings before the Attorney Grievance Committee,” the ruling added.

“This country is being torn apart by continued attacks on the legitimacy of the 2020 election and of our current president, Joseph R. Biden,” the court said.

Rudy is not giving up. He told Reuters that he was going to “fight back” against the Supreme Court’s suspension of his license.

Speaking to reporters outside his home on Manhattan’s Upper East Side, Giuliani was ready to go toe to toe and called the suspension “a one-sided decision not based on evidence.”

The Republican also blamed Democrats for his growing legal troubles, including over his dealings in Ukraine, and he said dozens of witnesses could back up his election fraud claims.

“I go to court, and I prove what I’m telling you in court. There are appellate courts. This isn’t yet a dictatorship,” said Giuliani said.