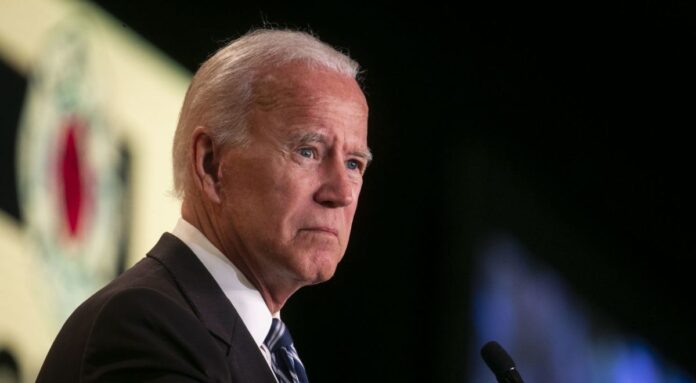 President Trump put Iran in a position where they could not terrorize others while he was in office. He brought them to their knees, hoping that they would want to work with America to develop a nuclear program that was not based on terror but commerce.

They resisted and brought starvation and poverty to their people. The leaders of Iran only want power and the ability to hurt others.

Four years later, the world is watching Joe Biden jump through hoops for the Iranian leaders. Donald Trump brought peace to the region, and Biden is looking to destabilize the area once again. He is doing this by bowing before Iran with the hopes that they will negotiate another deal.

The nuclear deal that Iran and other nations had in place was a lop-sided attempt to bring peace to the region. The deal allowed Iran to make nuclear weapons and even move towards destroying Israel at some point in the future.

For Iran, the deal was a blessing. But for the rest of the world, it was a curse.

Iran was able to keep inspectors out of military facilities. They were allowed to perform their inspections, which allowed them to lie on reports. And the Democrats agreed at the time to let them get away with lying to the world.

This is the deal that Donald Trump pulled America out of for security reasons.

The deal with Iran was one of Obama’s special deals. He sought to appease the Iranians by allowing them to terrorize American vessels. They were allowed to interfere in Lebanon and Syria.

These two nations were nearly destroyed at the hands of the Iranians. And Obama gave them the nuclear material they needed to construct weapons of terror. This is the world that Biden wants to get back to.

Biden hates the fact that Donald Trump took the terror out of the Palestinians. The Democrats hate having the embassy in Jerusalem and how the Arab world is now allied with Israel. Air travel is now allowed to Israel through Arab air space.

These positive things are what Biden seeks to destroy. And he is trying to do it all by allowing Iran to resume their hateful activities.

Biden is giving Iran everything they want and more by stopping the sale of F-35 fighter planes to the United Arab Emirates. The UAE would use these planes to defend itself against Iran.

Trump used the sale of the planes to help the UAE to deal fairly with Israel. Once Biden takes that away, he hopes the UAE will reverse its position on seeing Israel as an ally.

Biden has also removed the terrorist designation from an Iranian area located in Yemen. He has also stopped all military support and weapon sales to the Arabs because he did not want them attacking the Iranian terrorist group located within the Yemen territory.

So far, everything that Biden has done in the Middle East and more has strengthened Iran and gives them everything they need to resume their terror towards other nations. His actions will single-handedly destabilize the entire region. And lives will be lost because Biden could not stand having Donald Trump having the credit for peace.

Joe Biden and his administration want bloodshed, regional instability, an Iran that seeks to kill people, and an American military weakened by his lousy policies. The Democratic Party no longer represents the people of the United States.

They are the new enemy within that seeks to dismantle America just enough so that foreign powers can walk in and take over. Donald Trump had it right when he promised to make America great again. He brought stability and freedom to people worldwide that Iran and its liberal allies were terrorizing.