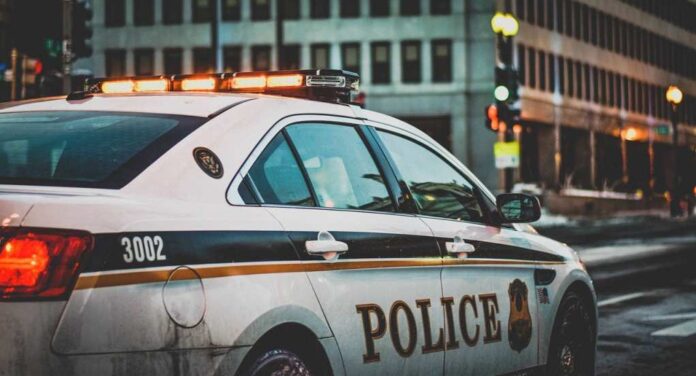 This story seems almost impossible to believe. A senior advisor to President Joe Biden, Cedric Richmond, has claimed that congressional Republicans “defunded the police.” He came up with this conclusion when he was challenged about the rise in violent crime impacting major American cities.

Richmond made these comments while he appeared on “Fox News Sunday” with host Chris Wallace. Richmond shifted blame away from mayors and council members of major U.S. cities which are almost entirely run by Democrats for a widespread surge in violent crime since last summer. The top Biden adviser instead blamed guns and said that the GOP should take responsibility for defunding law enforcement.

When Richmond was asked about the rising crime rates, he said, “Part of it is the plethora of guns that are flooding the streets of this country, and that’s something that the president wants to deal with.” He continued, “He knows the toll that violence takes on families, and especially gun violence and what it’s doing over the last 18 months in this country.”

Fox News host Chris Wallace then played a clip of Sen. Lindsey Graham (R-SC) blaming a “war on police” and decreased prosecution for a surge in police retirements and a surge in violent crime. The Republican senator also challenged Biden’s proposed plan of dealing with the crime spike.

“Let’s talk about who defunded the police. When we were in Congress last year trying to pass … an emergency relief plan for cities that were cash-strapped and laying off police and firefighters, it was the Republicans who objected to it,” he continued. “And in fact, they didn’t get funding until the American Rescue Plan, which our plan allowed state and local governments to replenish their police departments and do the other things that are needed.”

“Republicans are very good at staying on talking points of who says defund the police, but the truth is, they defunded the police. We funded crime intervention and a whole bunch of other things,” Richmond said.

The truth is that the “Defund the Police” movement was born last summer in the midst of widespread protests and riots over the death of George Floyd. Black Lives Matter activists and Democratic lawmakers pushed for local governments to redirect funding from law enforcement into social programs aimed at those living in poverty.

In the midst of the movement against police, police departments have lost a lot of officers as crime has spiked in numerous major American cities. House Minority Leader Kevin McCarthy (R-CA) released a statement on Sunday lambasting the Democrats for the crime surge.

“Over the past year, Democrats’ sustained movement to defund, dismantle, and demonize our cops is taking a toll on our communities,” McCarthy told The Daily Wire. “It has manifested in the crime crisis our nation faces today, yet President Biden remains soft on crime and silent on Democrats’ radical policies.”

McCarthy continued, “Supporting the police and striving for safe communities should not be partisan objectives – they have shared values of the American people.” And he summed it up by saying, “It’s troubling that Democrats continue to vilify the police at a time when they truly need our support.”

Wallace said to Banks, “Can’t you make the argument that it’s you and the Republicans who are defunding the police?”

“There is overwhelming evidence,” Banks wrote, “connecting the rise in murders to the violent riots last summer” – a reference to protests over the murder of George Floyd which sometimes produced looting and violence – “and the defund the police movement. Both of which were supported, financially and rhetorically, by the Democratic party and the Biden administration.”